Yesterday saw the official opening of the Hubert Perrodo Building at St Peter’s College, Oxford, thus marking the completion of Phase 2 of the Perrodo Project. The opening itself was performed by the Chancellor of the University of Oxford, Lord Patten of Barnes, along with St Peter’s Master, Mark Damazer CBE, and members of the Perrodo family, whose generous donation to the college, one of the largest in its history, has made the work possible.

Beginning in August 2014, the Perrodo Project has resulted in a transformation of the College’s public and teaching spaces. As part of the wider project, this brand-new building – now officially known as the Hubert Perrodo Building – has a public space on the ground floor, six en-suite study rooms, and a meeting room on the top floor with a roof terrace that offers superb views over the College and beyond. It is the first multi-level building to be built on the College’s main campus in twenty years.

The building is named in honour of the late Hubert Perrodo (1944-2006), whose sons, François and Bertrand, are both St Peter’s College alumni. 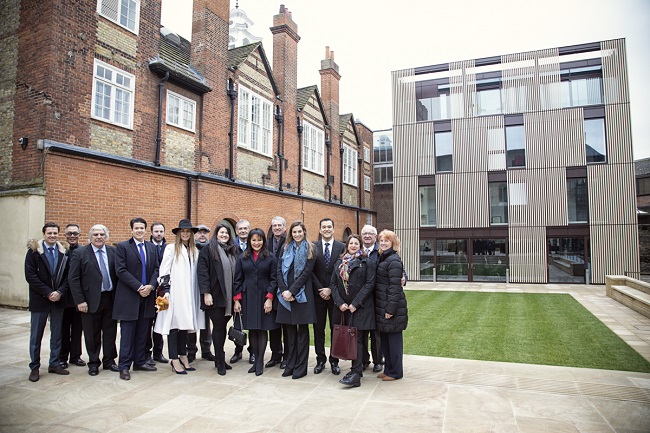