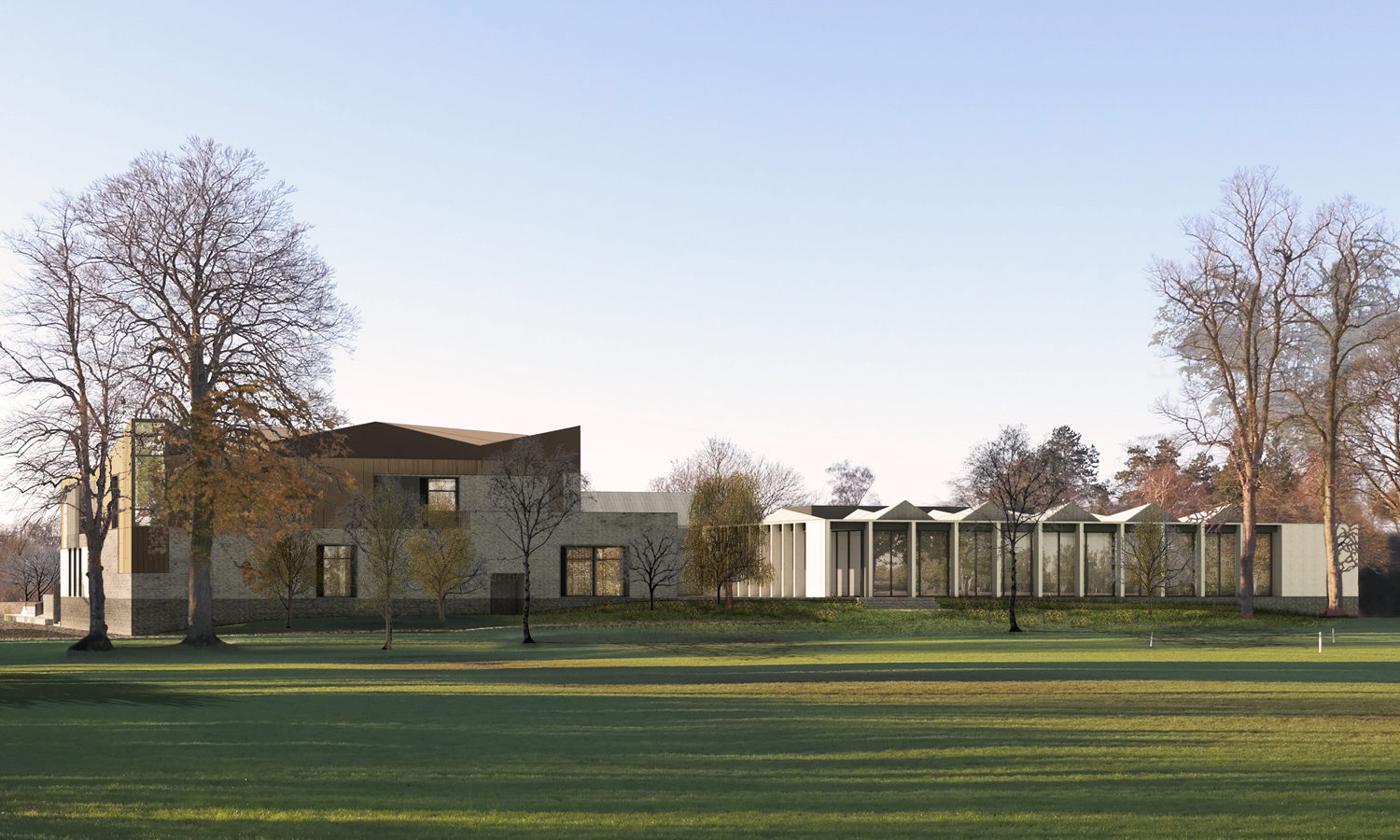 Following an invited competition in summer 2015, Design Engine were appointed to develop a masterplan for the proposed modernisation of Winchester College’s Southern Campus. Planning consent was obtained in 2017 and the development is currently under construction.

The Southern Campus is located between the sports ground on Kingsgate Park and the tennis courts on Norman Road. It is the focus of the School’s indoor sports facilities, and includes the PE Centre, swimming pool, rifle range and squash courts. In addition, the Design & Technology department sits between the sports complex and Kingsgate Road. Although many of the current buildings are of substantial size, they are largely hidden from surrounding public roads and the wider landscape.

The key factor in the decision to modernise is the age of the PE Centre, which is now over 50 years old. In that time pupil numbers at the school have grown and the indoor sports facilities are today used at maximum capacity. The School educates around 700 pupils, all of whom live during term-time in the eleven boarding houses spread across the College Campus. The limited space available is now restricting pupils’ access to the sporting programme and with it access for the wider community. The layout of and access to the swimming pool also presents long-term maintenance and safety difficulties and the building is thermally inefficient.

The School is proposing that the current sports facilities be replaced with modern buildings on a similar footprint, that the Design & Technology Department on the site be modernised and extended and that various support services be moved and consolidated.

The College felt it was important that any replacement building not only provides the necessary facilities for the future, but is also housed in a contemporary high quality building both in terms of design and materials. Design Engine have, in a collaborative and supportive way, delivered such a building. We look forward to receiving approval and construction. 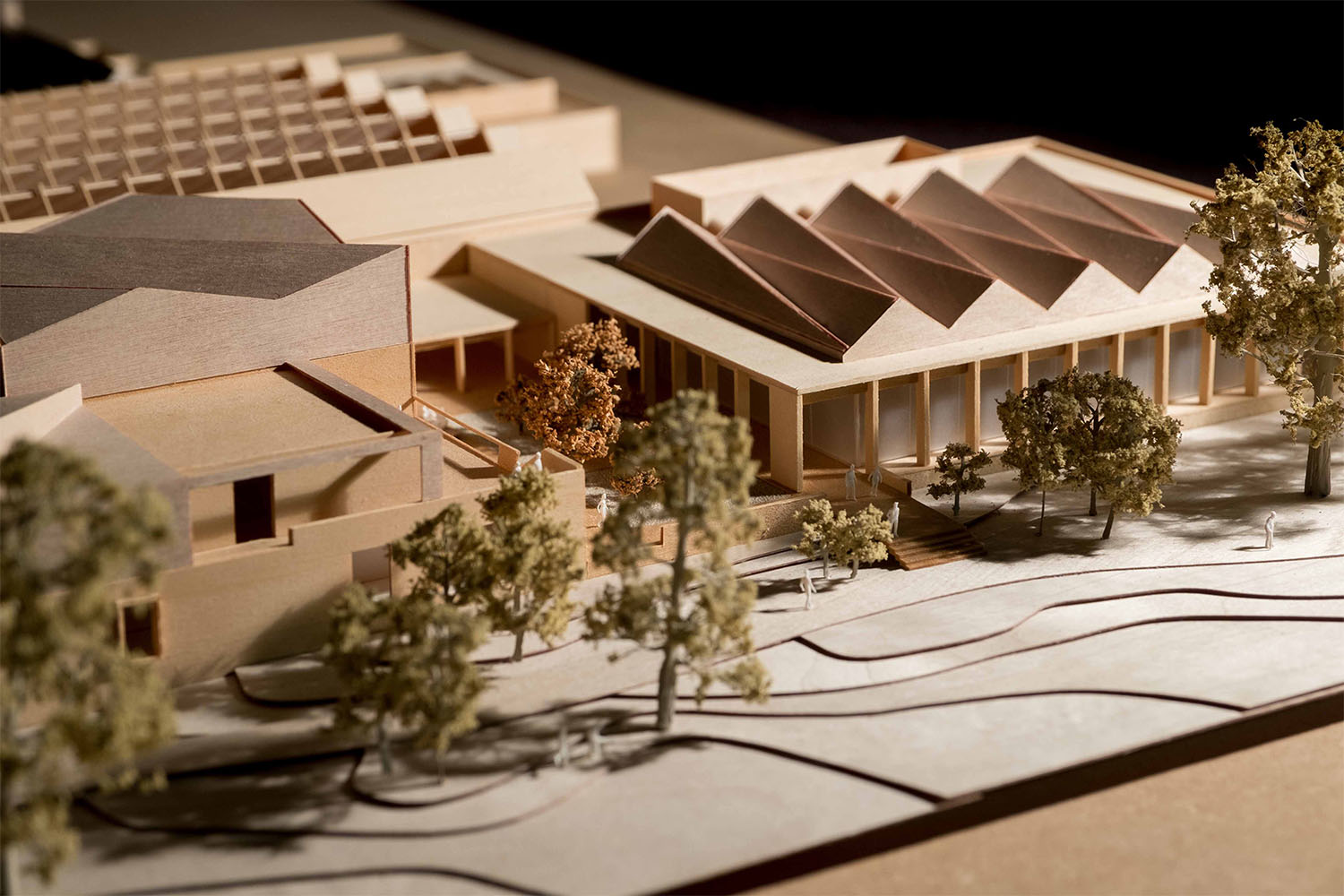 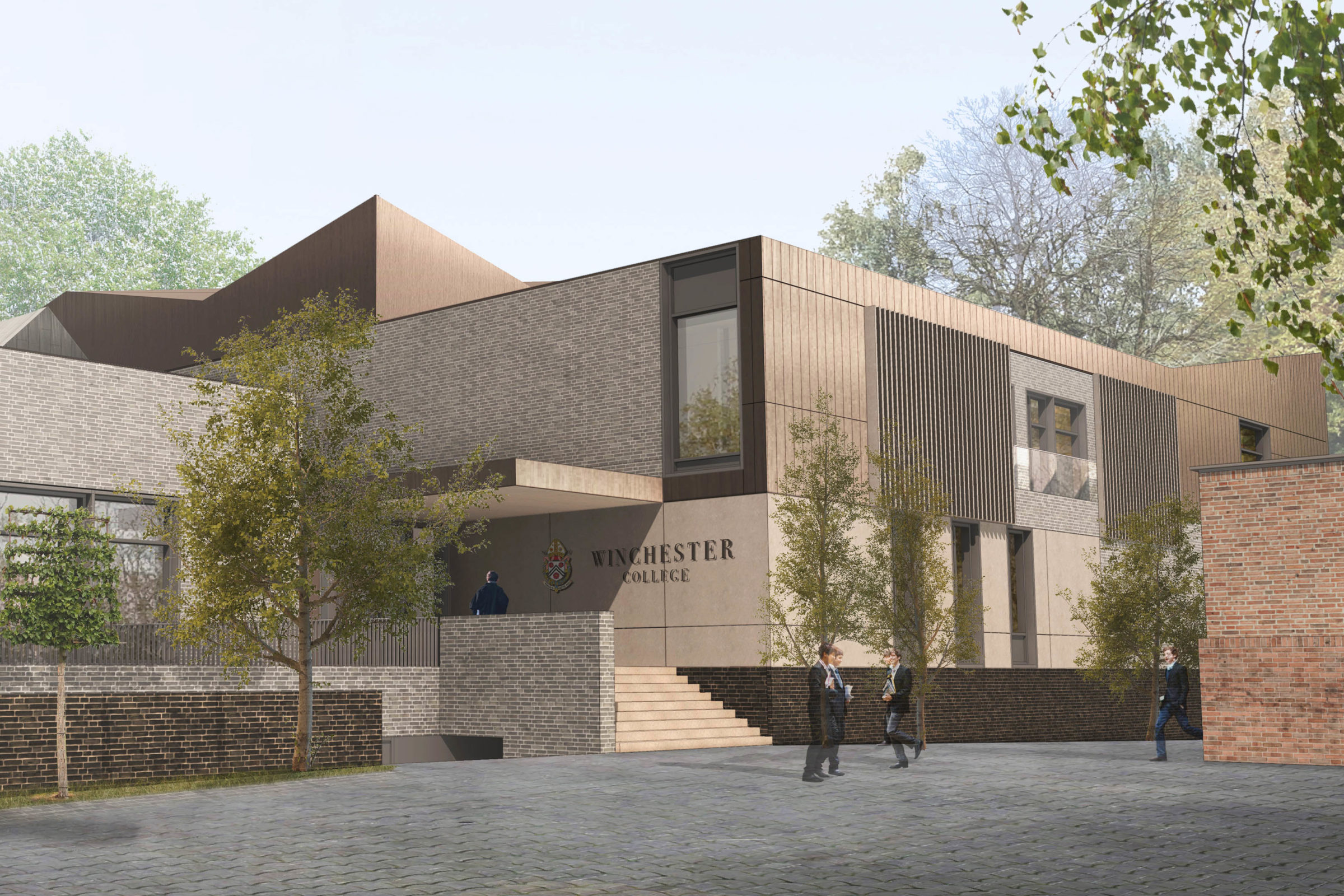 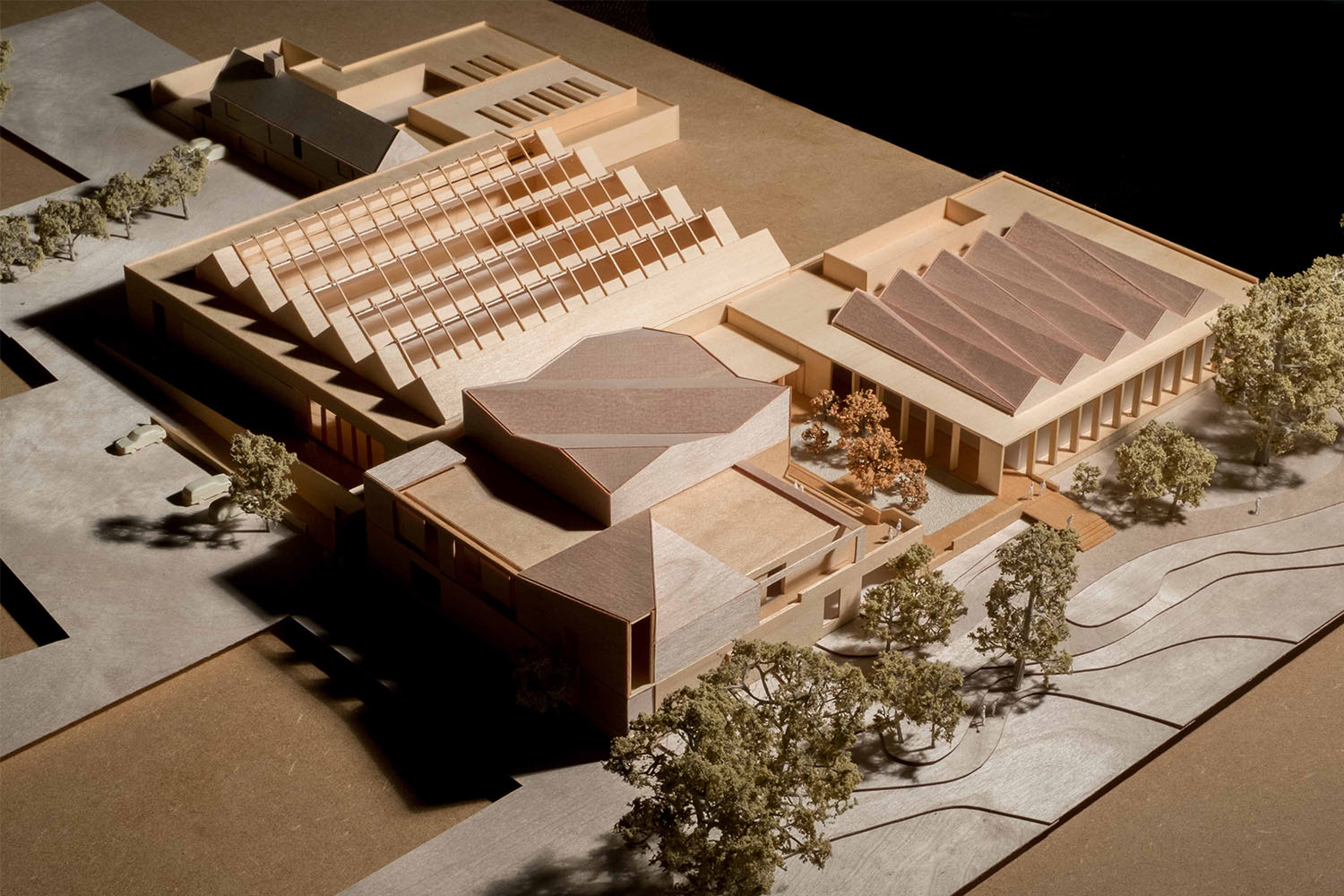 The modernisation of Winchester College’s Southern Campus will include a new state-of-the-art Sports Centre, a refurbished and extended Design and Technology Department and Support Services Building.

Extensive analysis of the southern campus context and topography is being used to develop an architecture that is appropriate in scale and context to this unique site. Whilst modern in style, Design Engine has drawn inspiration from the past in both form and materiality, to create a building that is sympathetic to its context.

Whilst it is acknowledged than any new proposal needs to read as a coherent architectural intervention, it is felt that replacing this series of buildings with a large ‘everything under one roof’ sports centre would be inappropriate. It was therefore proposed that the Physical Education Centre is broken into three separate ‘pavilions’ comprising the swimming pool, sports hall, and the fitness suite.

The project is an ideal opportunity to allow the qualities that exist throughout Winchester College to migrate down Kingsgate Road, creating a beautiful new addition to their campus.

In respect of the historic northern campus the development is characterised by strong horizontal datums formed by strong boundary walls that in many places are seamlessly integrated into buildings. These define a series of interlocking courtyards and larger playing fields. Historically the silhouette of pitched roof buildings, spires and chimneys broke these horizontal datums. This is referenced in the complex geometry of the roof forms that are intended to break up its silhouette from all angles when viewed in the round.

The College’s campus is characterised by two types of building; in general the larger more public buildings tend to be constructed from flint walls, while the domestic buildings, especially along Kingsgate Road are characterised by red brick typologies. This hierarchical palette of materials is reflected tonally in the grey brick of the sports centre and the red brick of the ancillary support buildings. The buildings are enhanced with patterned brick bonds, flint detailing and stone features. 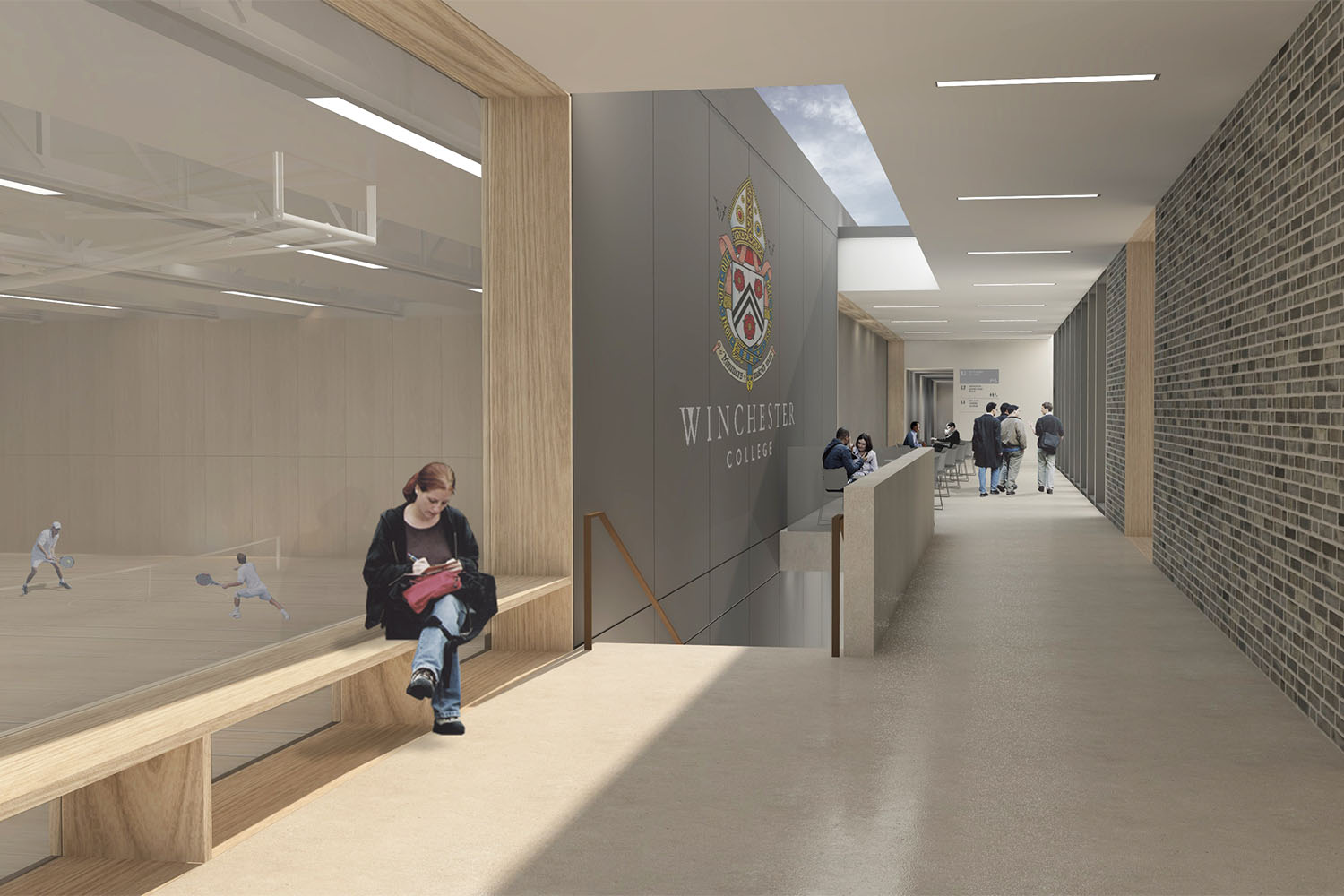 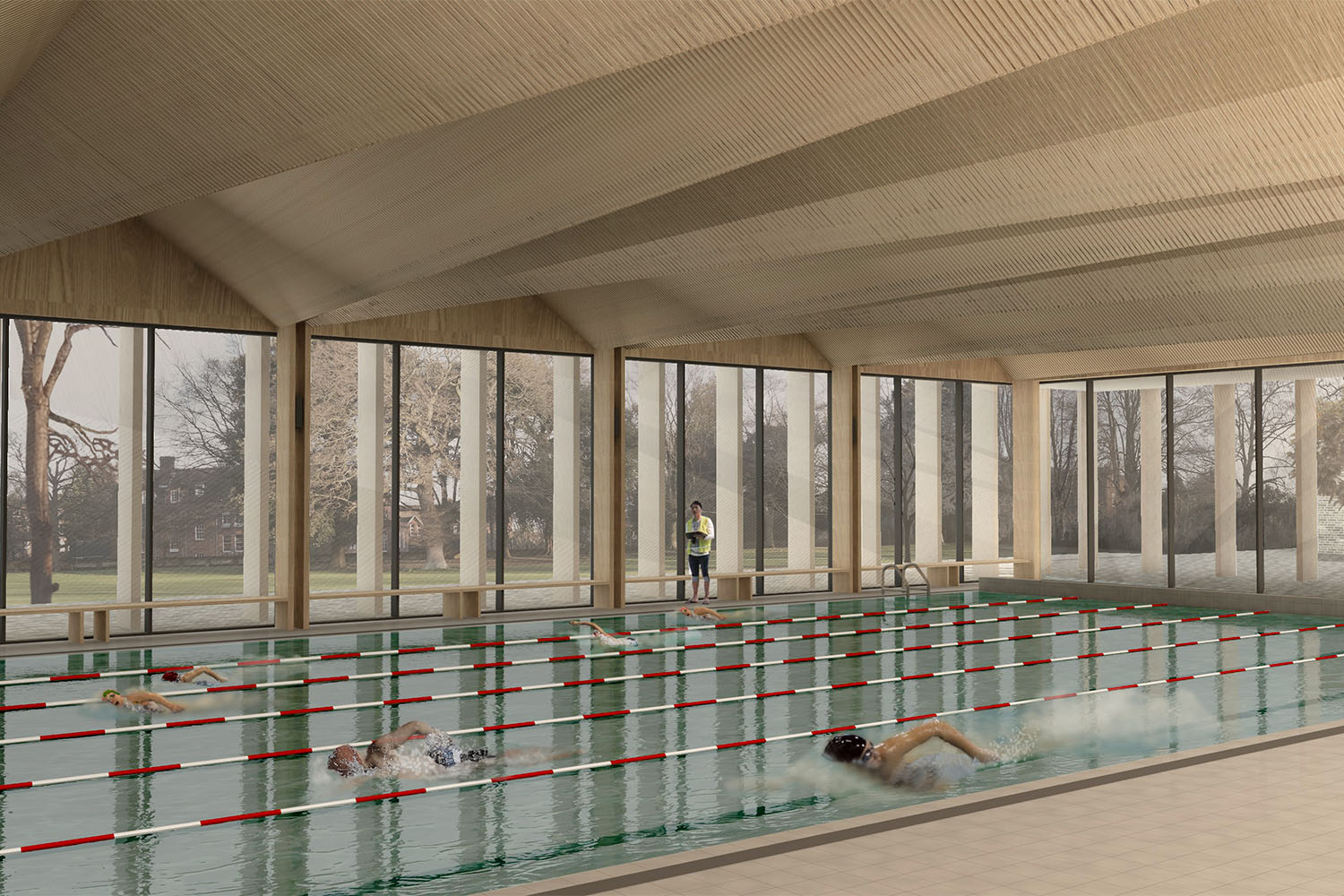 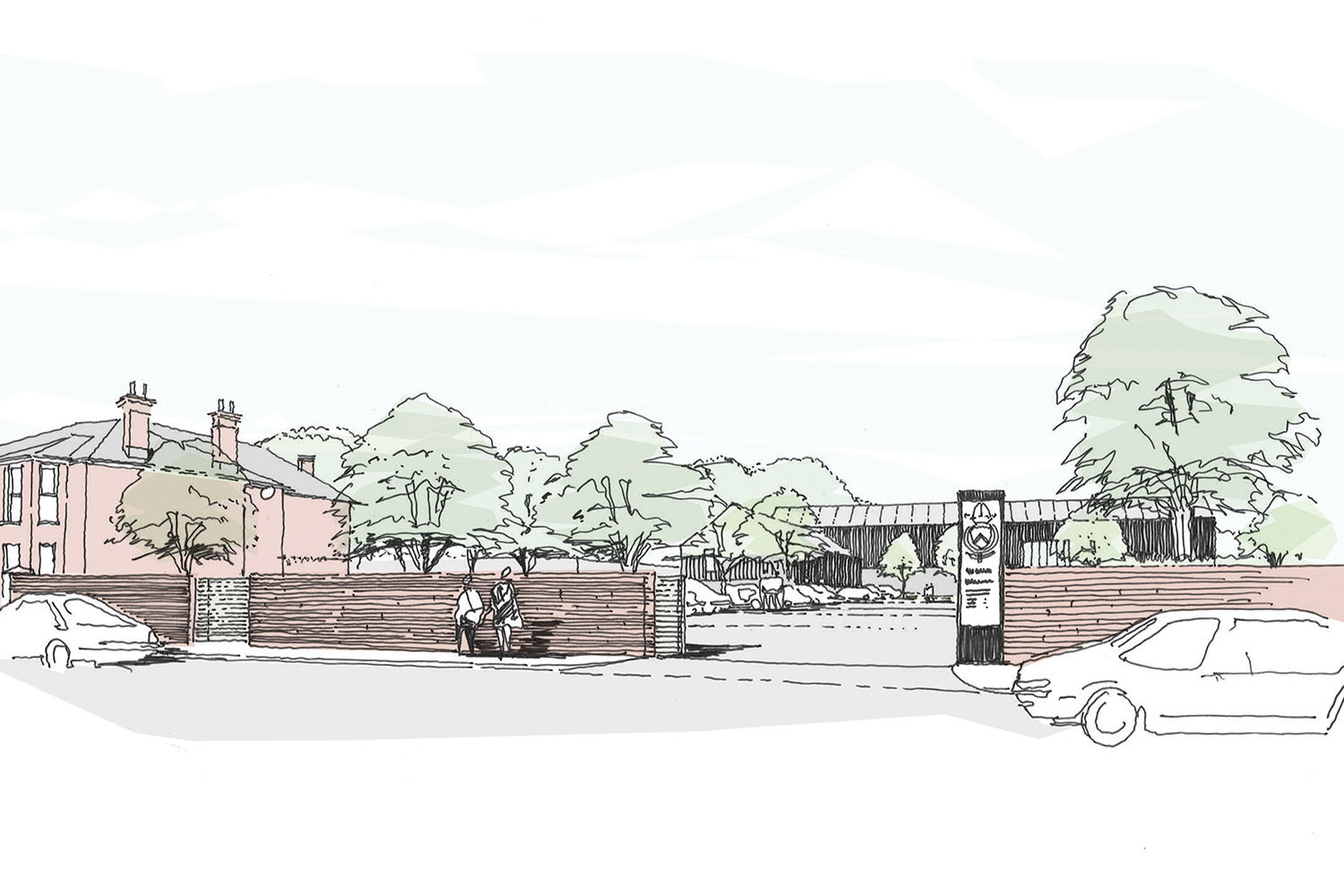