A renovation and extension of the University’s Victorian Chapel to commemorate their 175th anniversary. 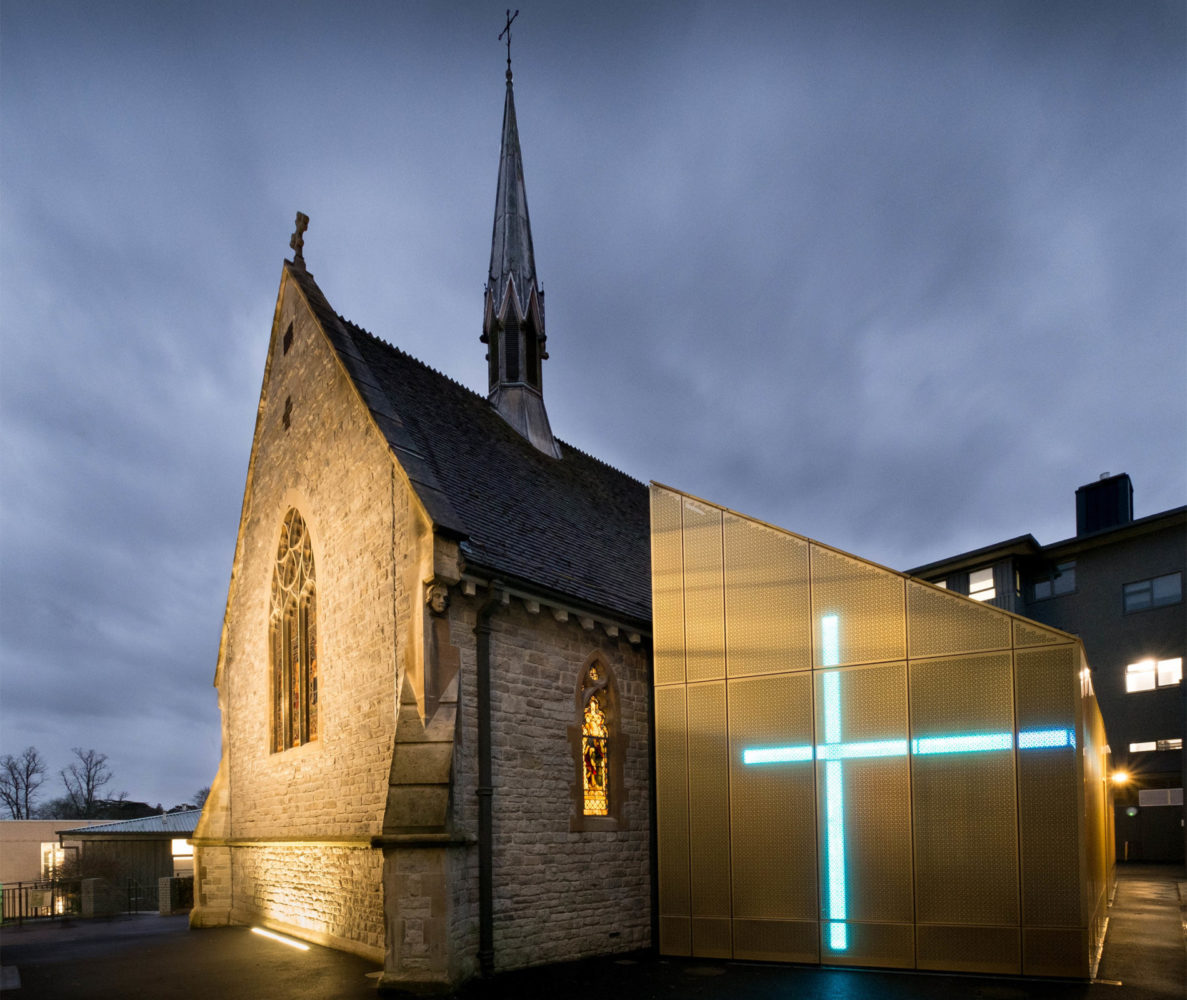 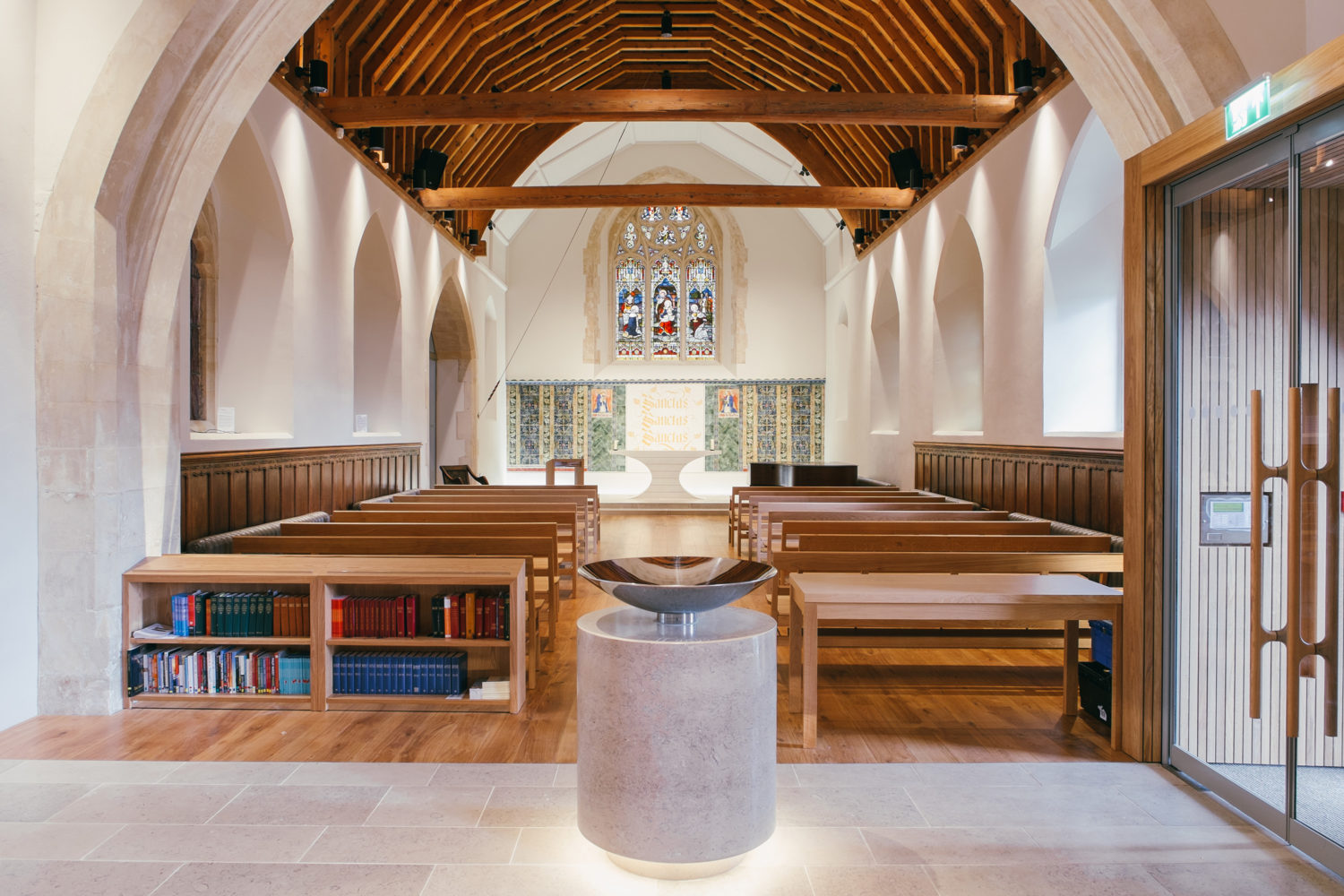 The project is to renovate and extend the University’s Victorian Chapel to be one of the most visible expressions of the celebrations to commemorate the 175th anniversary. Originally built in 1880, and then extended in 1927, the Chapel at the University of Winchester plays a vital role in University life for students, staff and members of the community. It is a centre of worship and discussion, open to people of all faiths and of none – it can be a place of quiet contemplation, those seeking support or a guiding hand when they need it most, as well as a place of joy and celebration. The Chapel is used for a number of different events and purposes – these include concerts by the Foundation Music choirs and ensembles, and being a war memorial for the two World Wars, it acts as a focal point for both reflection and remembrance. 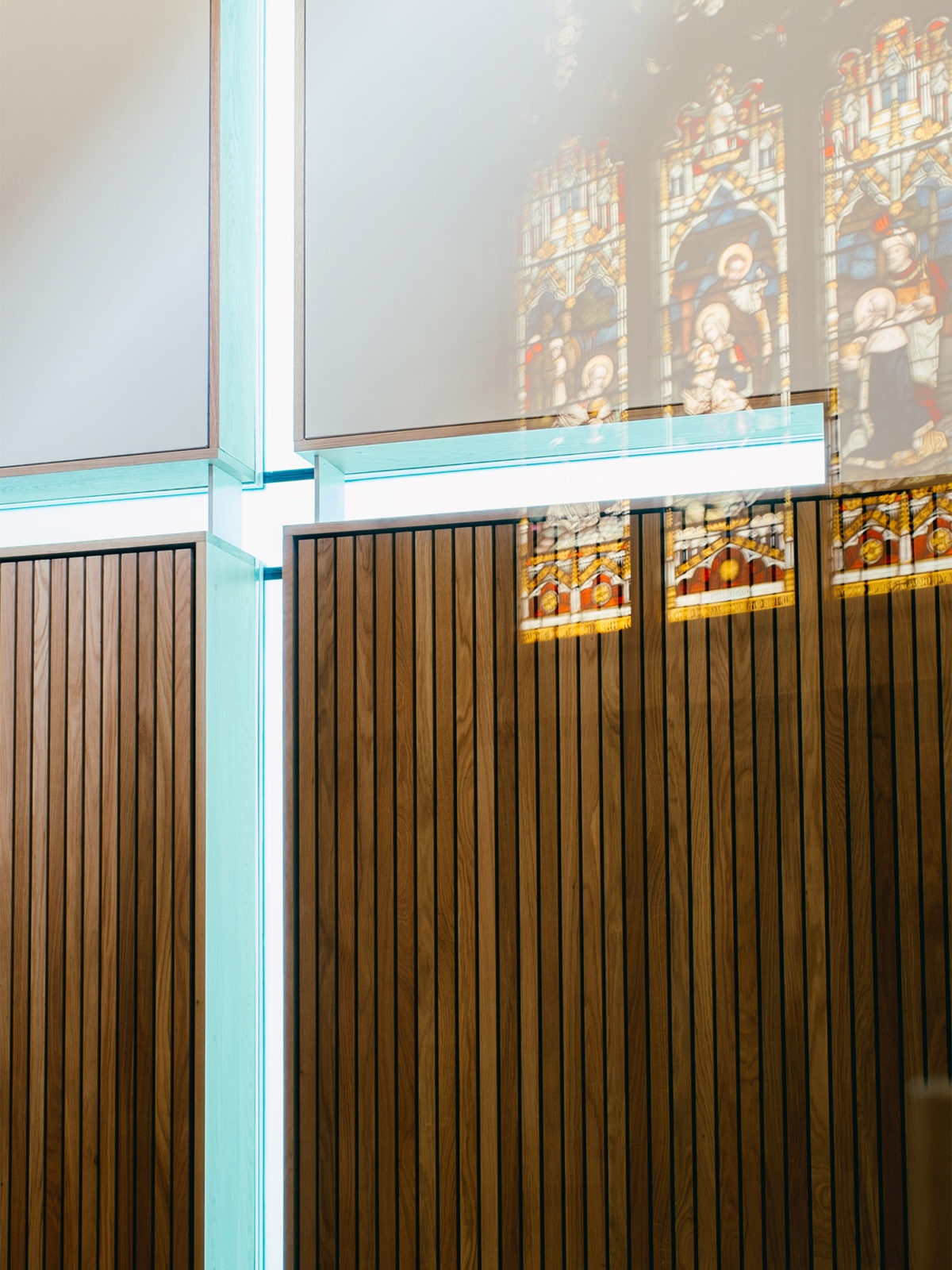 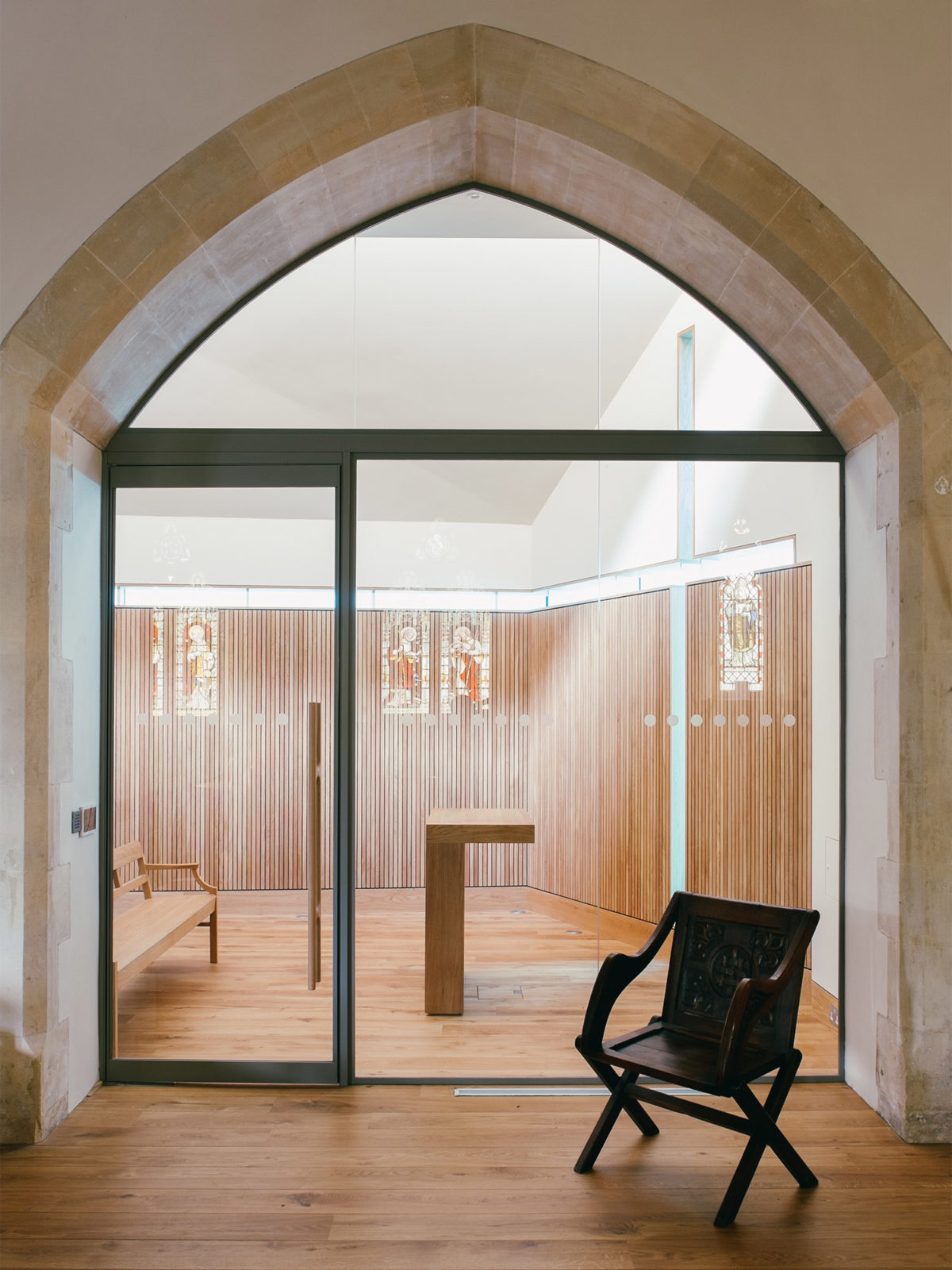 Our solution is a pitched roof structure that mirrors that of the existing building and allows light to penetrate into the perimeter exterior spaces. The ridge over-sails the existing building eaves line creating a clerestory window that provides both light and ventilation at high level. The join between the original structure and the new extension is expressed with a recessed seam forming an accessible gutter in section. To respond to the site edge the plan of the side chapel is tapered. This gives additional width to the chapel space that can be entered either from a discrete recessed north door or via the exiting chapel interior. This plan form creates a twist in the pitched roof bringing an intriguing geometric dynamic to the new addition.

We are interested in how the surface of the side chapel will be experienced. The roof is highly visible from the north where the site is approached at high level. By contrast with circulation space so limited around the perimeter, the walls can only be viewed close up. Our response has been to generate a diaphanous and textural surface to the building that is continuous over both roof and wall allowing the building to be interpreted at different distances and scales. We have studied the geometry of the gothic tracery within the east and west windows of the existing chapel to source a pattern that is referential to the existing architecture, and an interpretation appropriate for the 21st century. 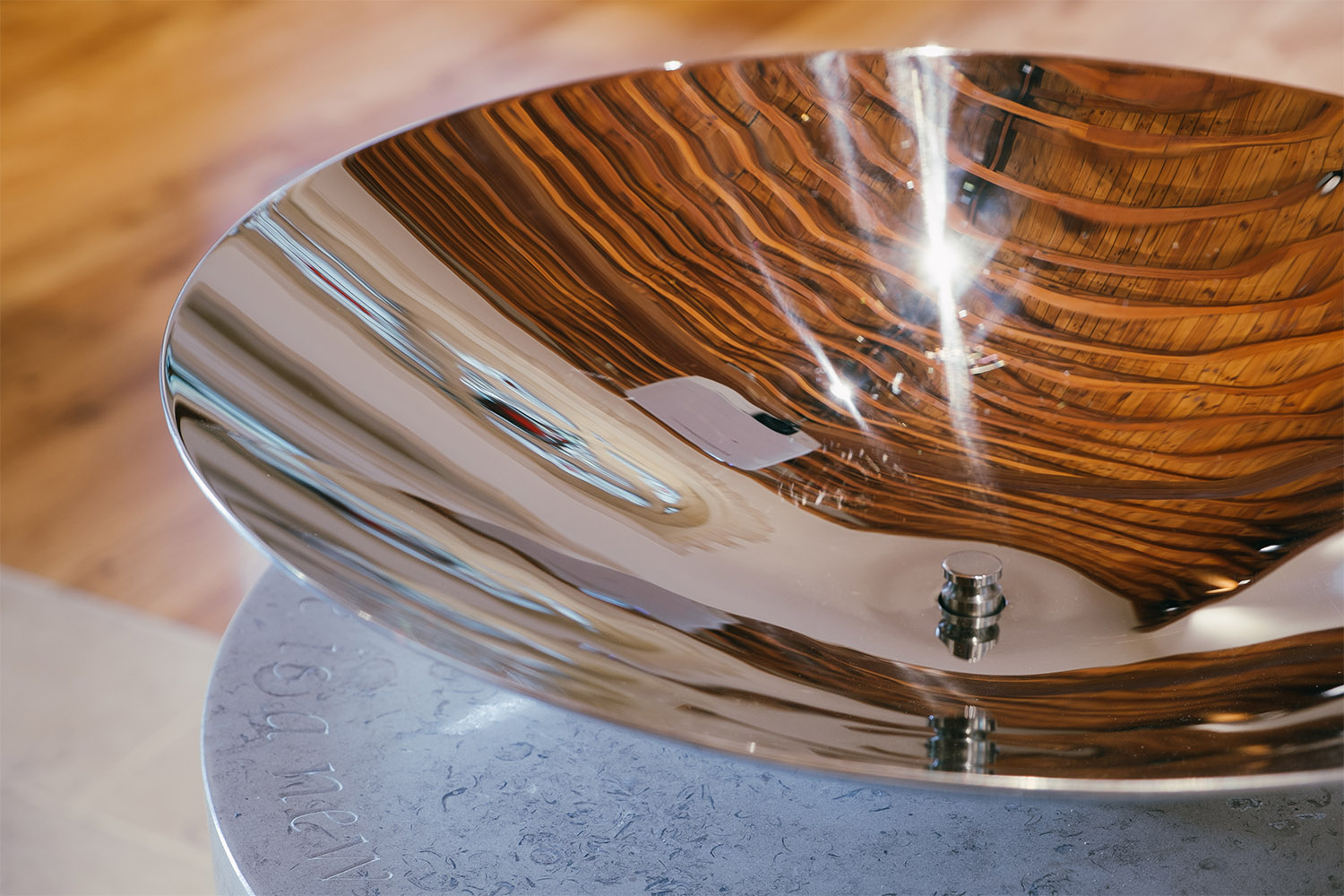 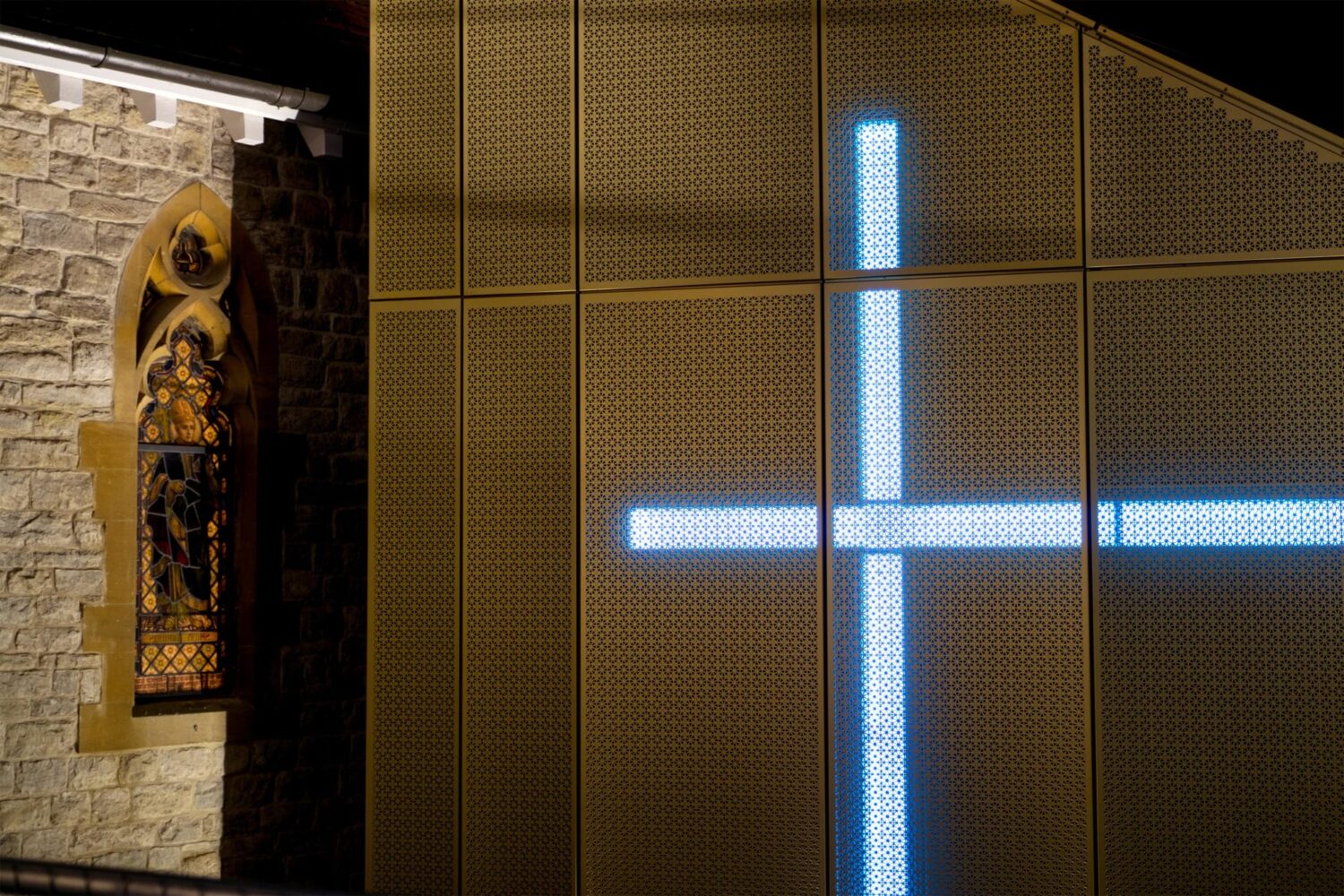 The project has featured in films produced by the main contractor RV Dart which follows the construction process from start to completion. ‘Thats Hampshire’ also features an interview with Director, David Gausden. 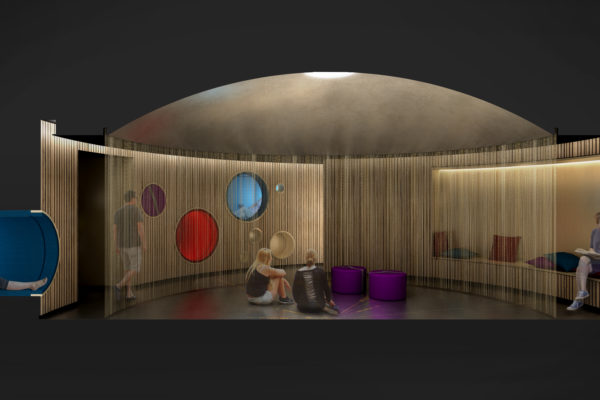