The overall scheme is divided into six buildings including a Headquarters and Design & Engineering Building and will be split into two individual phases, the first of which will incorporate a state-of-the-art vehicle design and engineering facility, heritage building and vehicle manufacturing centre. The 14,000m2 scheme will be located at Dunsfold Park, where Gordon Murray Design already occupy three buildings.

The design of the buildings is a result of a close co-operation between Gordon Murray and Design Engine and includes many innovative features, including a ground breaking layout in the design and prototyping area which will deliver an ultra-efficient world class vehicle design and build process. 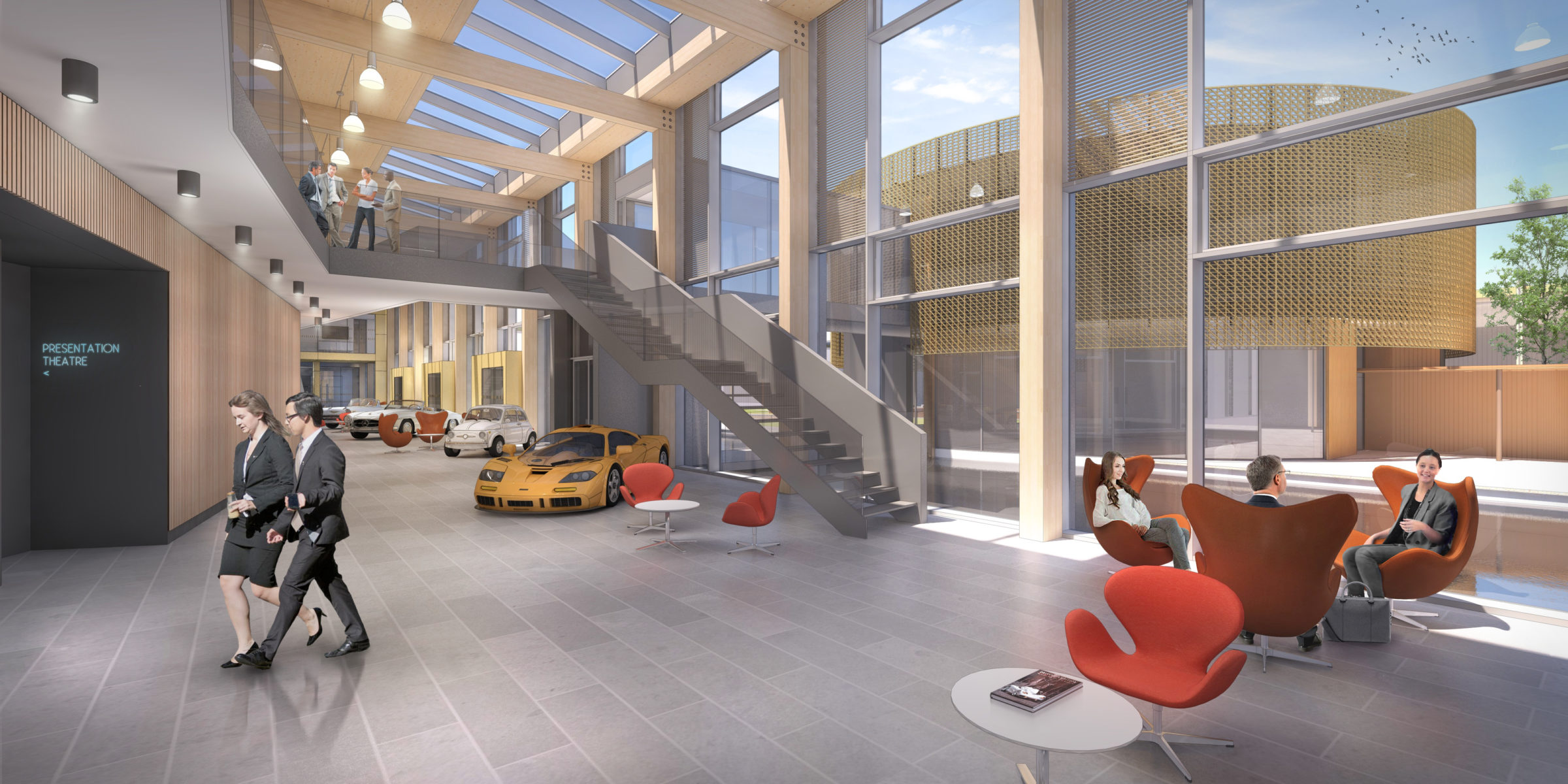 On the campus, the new headquarters will house state-of-the-art office and presentation facilities, while a dedicated R&D structure will continue to advance the group’s leadership in automotive engineering and materials research.

Led by Professor Gordon Murray CBE, whose 50-year career encompasses Formula One World Championship-winning cars for Brabham and McLaren and the McLaren F1 Road Car which is still regarded as the world’s best engineered vehicle, Gordon Murray Design has built a Global reputation as one of the ‘finest automotive design teams in the World’ and was established in 2007 to develop an innovative and disruptive manufacturing technology trademarked iStream®.

Gordon Murray Automotive will design and produce the new limited-edition T.50 Supercar from a new building on the group campus, with designs of the new car revealed earlier this year. The new model will be the most driver-focused car since the McLaren F1. The new Gordon Murray Automotive company was announced at GMD’s ‘One Formula’ event in November 2017, which celebrated 50 years of car design for Gordon Murray.

Following the appointment of contractor Sir Robert MacAlpine, construction of the new Gordon Murray Design Group HQ campus is due to start onsite in early 2020, with phase 1 expected to be complete by 2021. 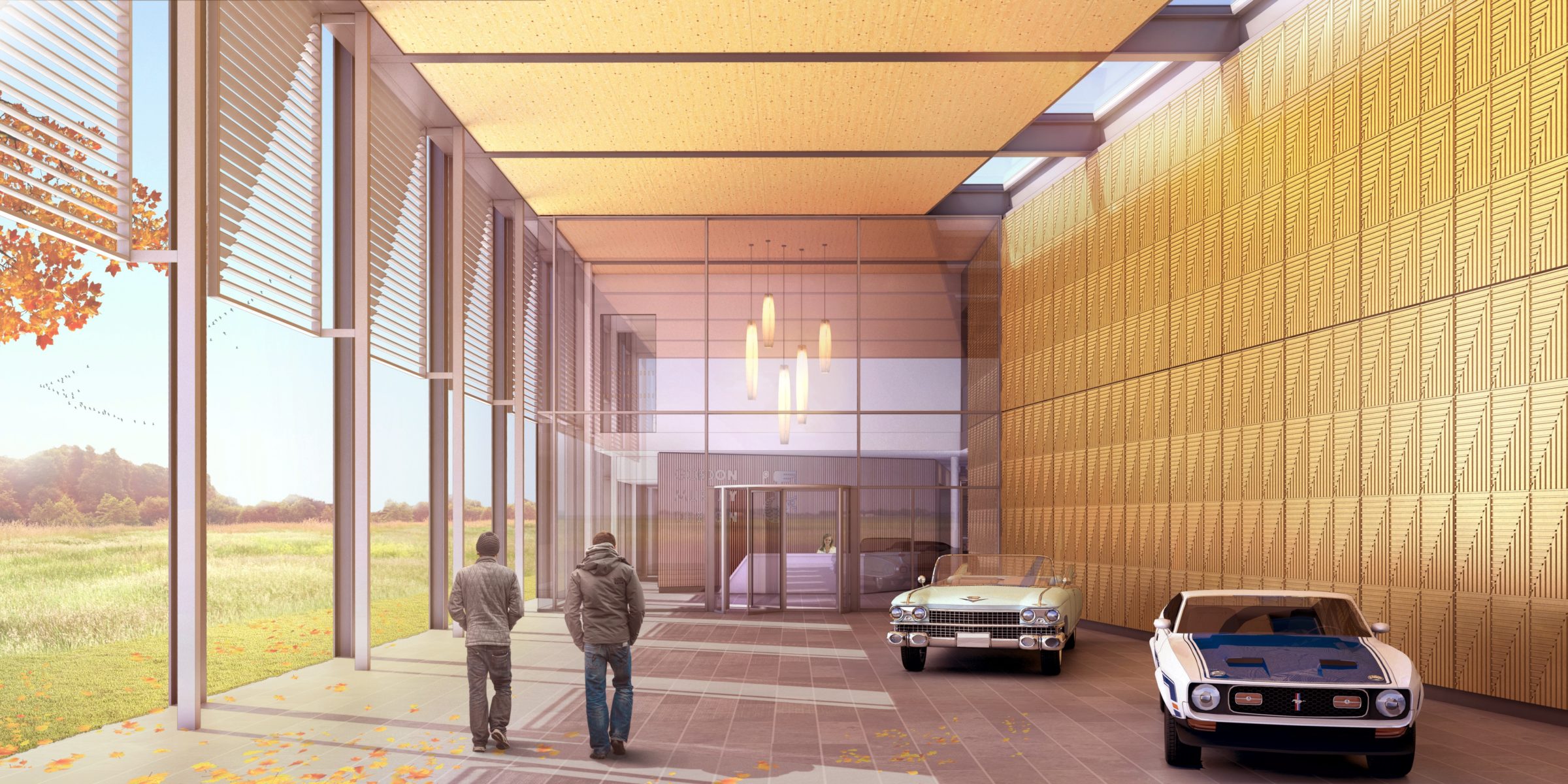 At Gordon Murray Design we are working with cutting edge materials and technology and our iStream Manufacturing Technology is a highly disruptive process which is pushing forward the boundaries of Automotive design, so I am very pleased to be working with Design Engine on the design of a new headquarter building for our company which will reflect that innovative work. 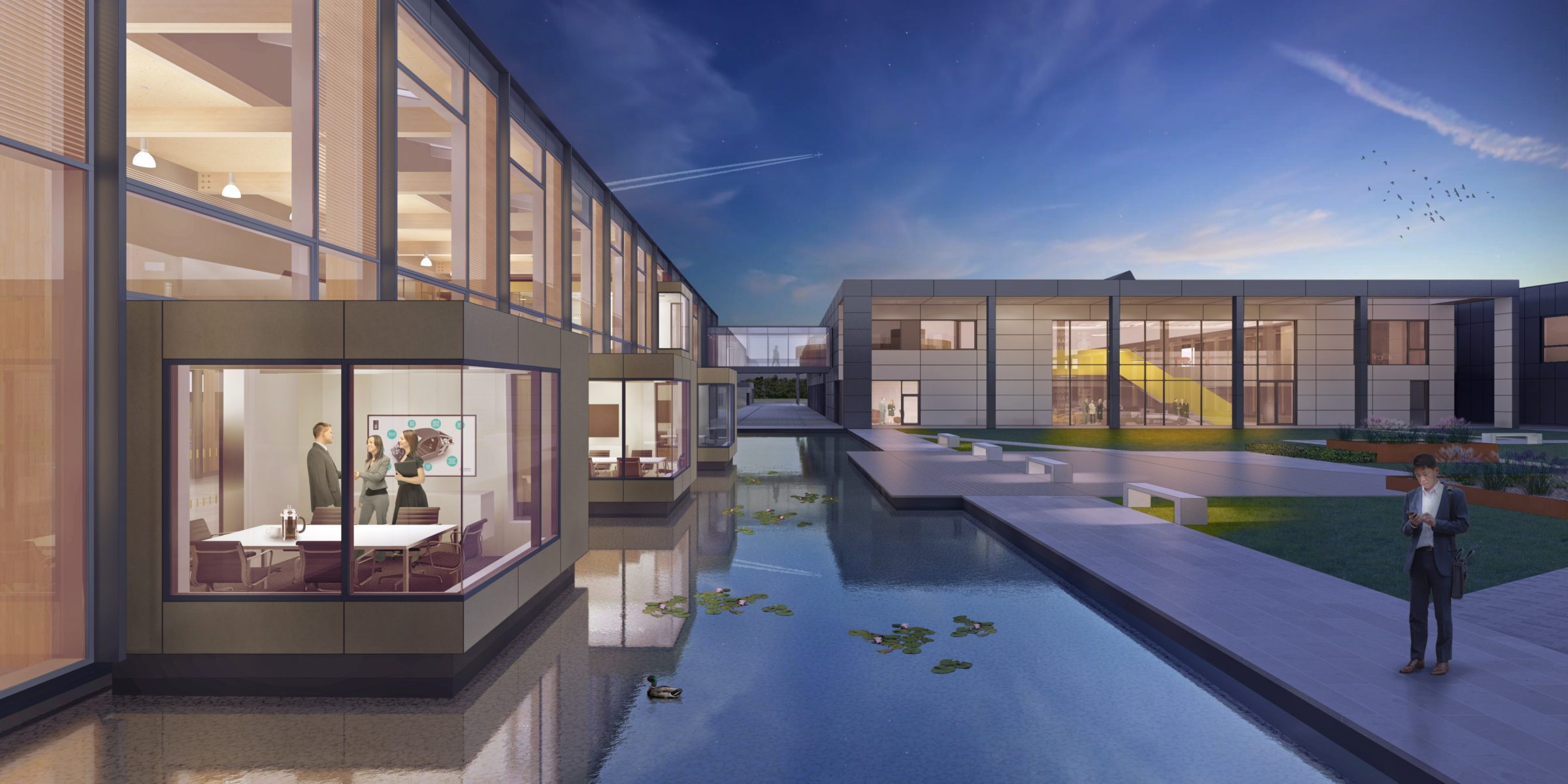 The cross-over between automotive design and buildings has fascinated architects ever since the first production car was completed. It is therefore incredibly exciting to develop a series of buildings which will enable GMD to continue to be at the forefront of global car design. We are also excited about the huge sustainable opportunities the new iStream cars will offer and feel privileged to be able to play a small part in that vision. 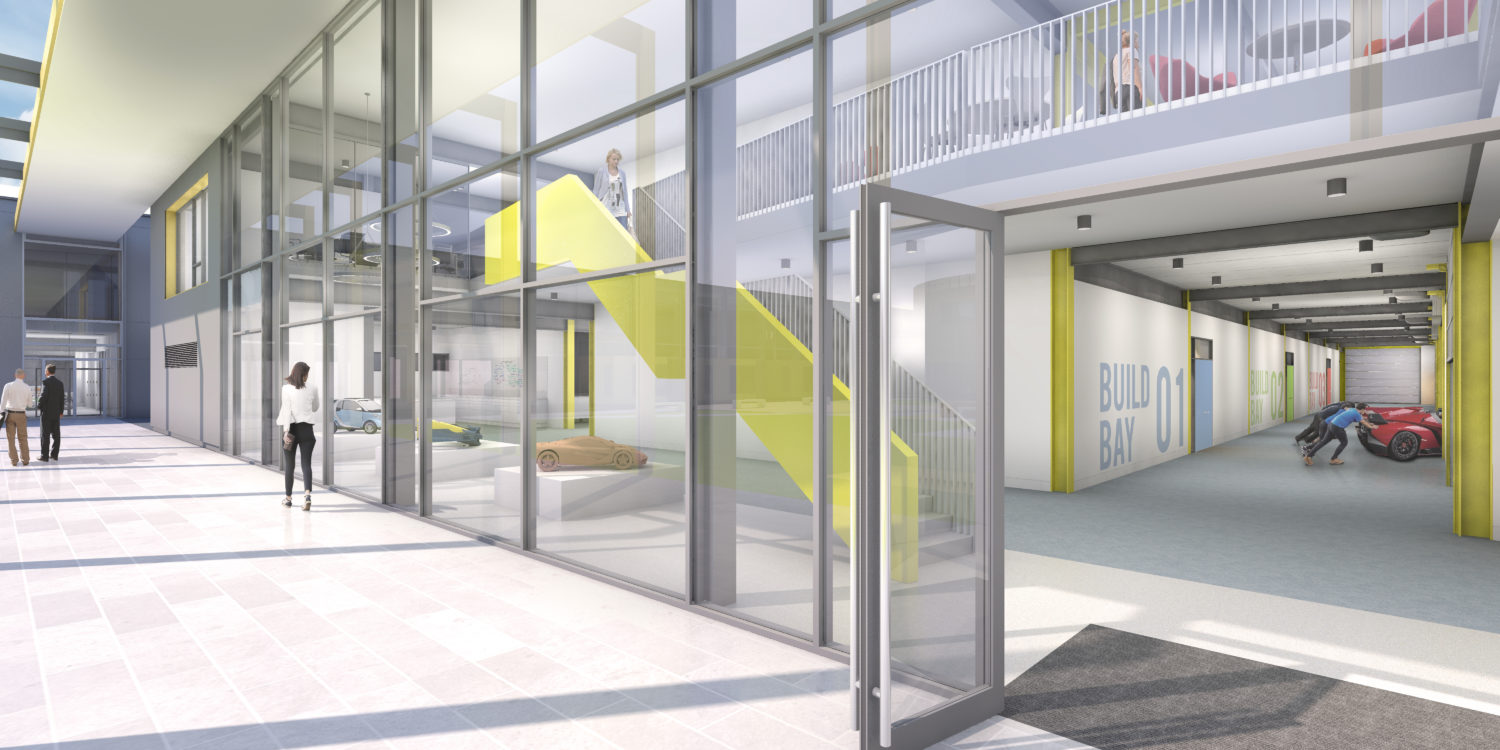 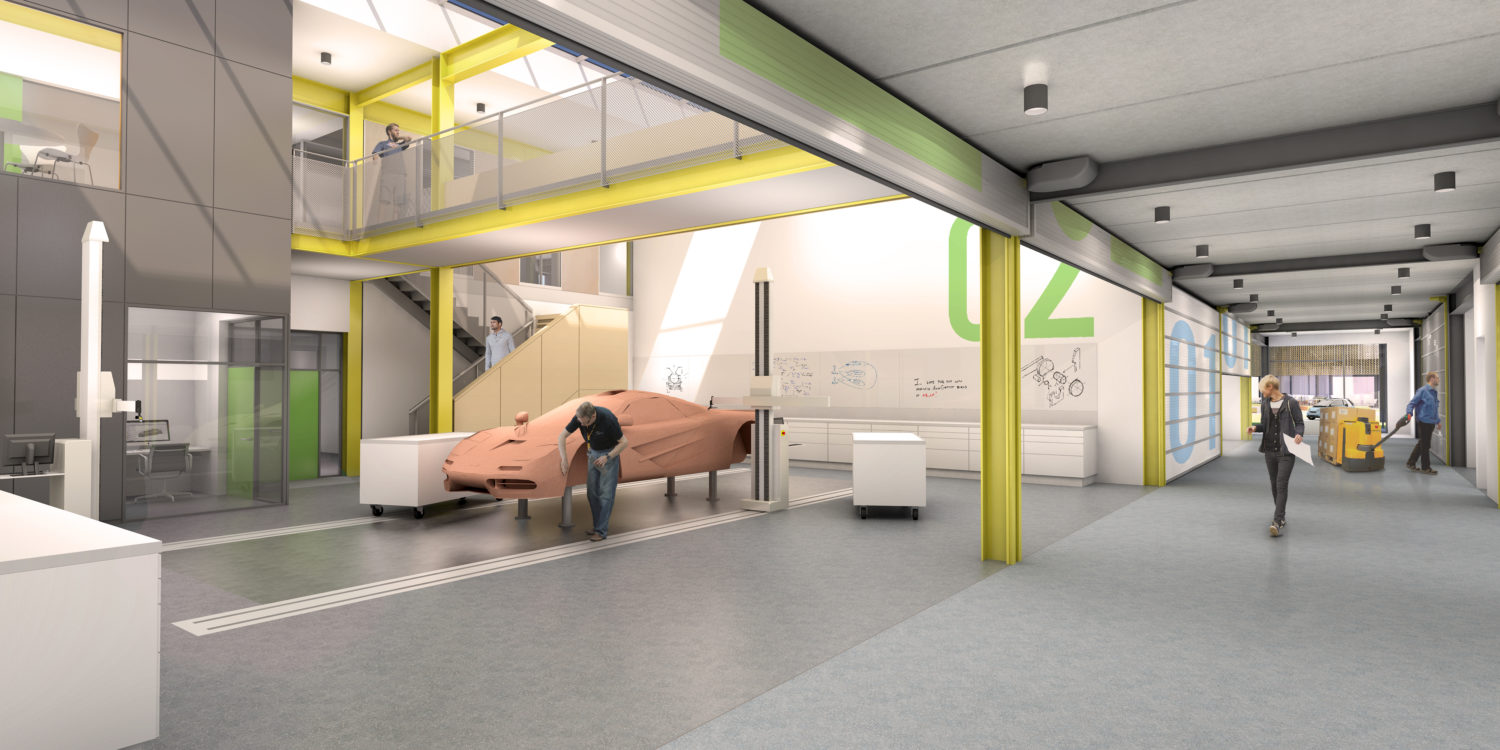 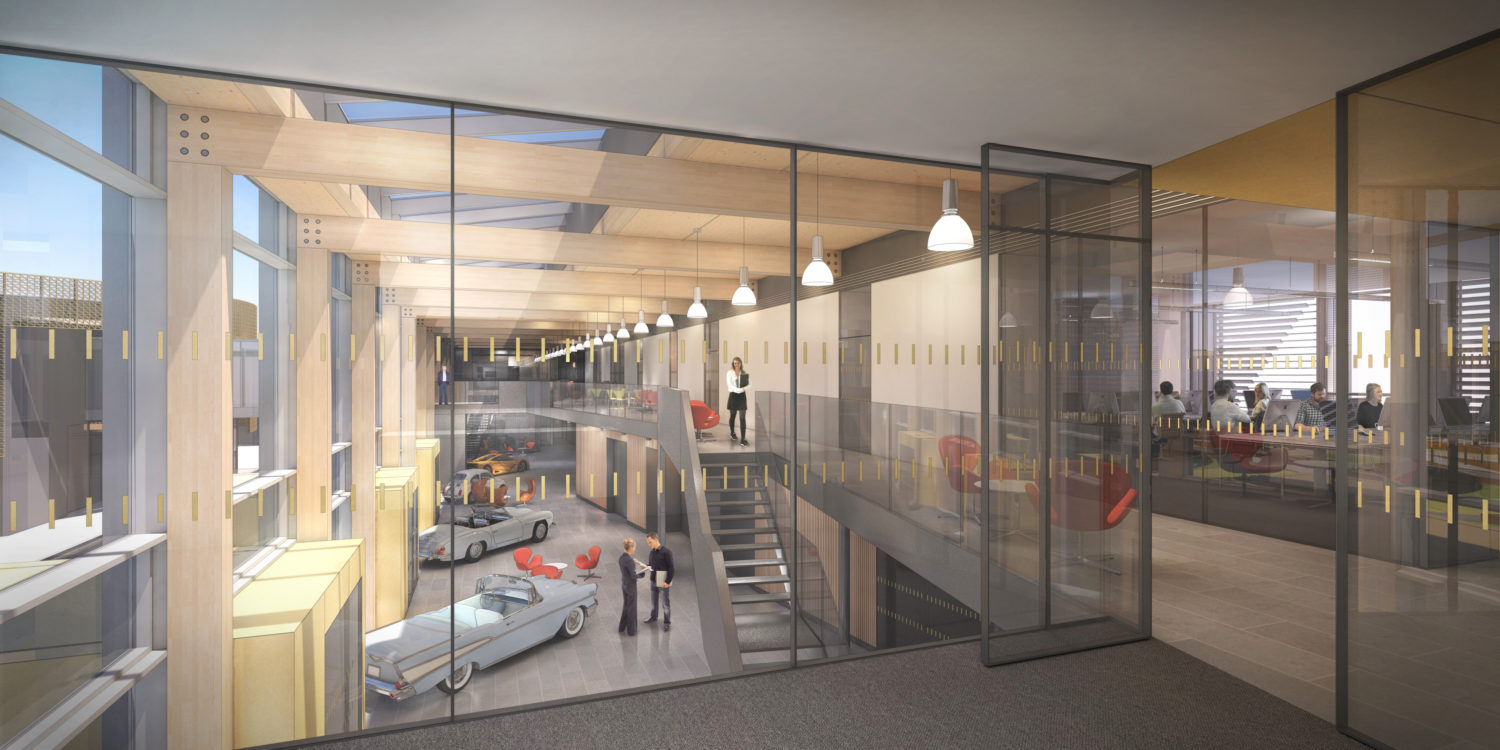 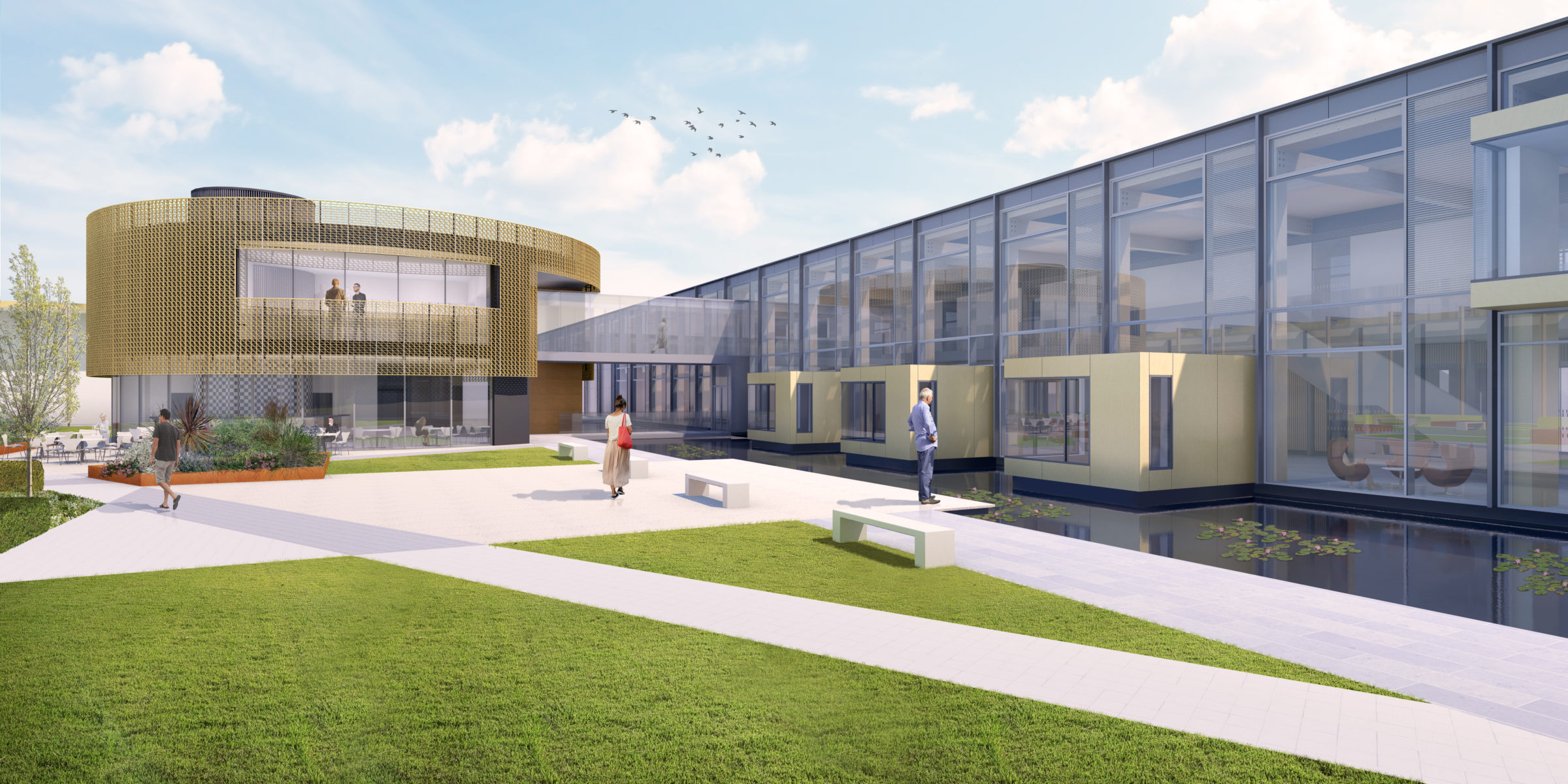