Creating a better place to study, teach and live by improving public spaces. 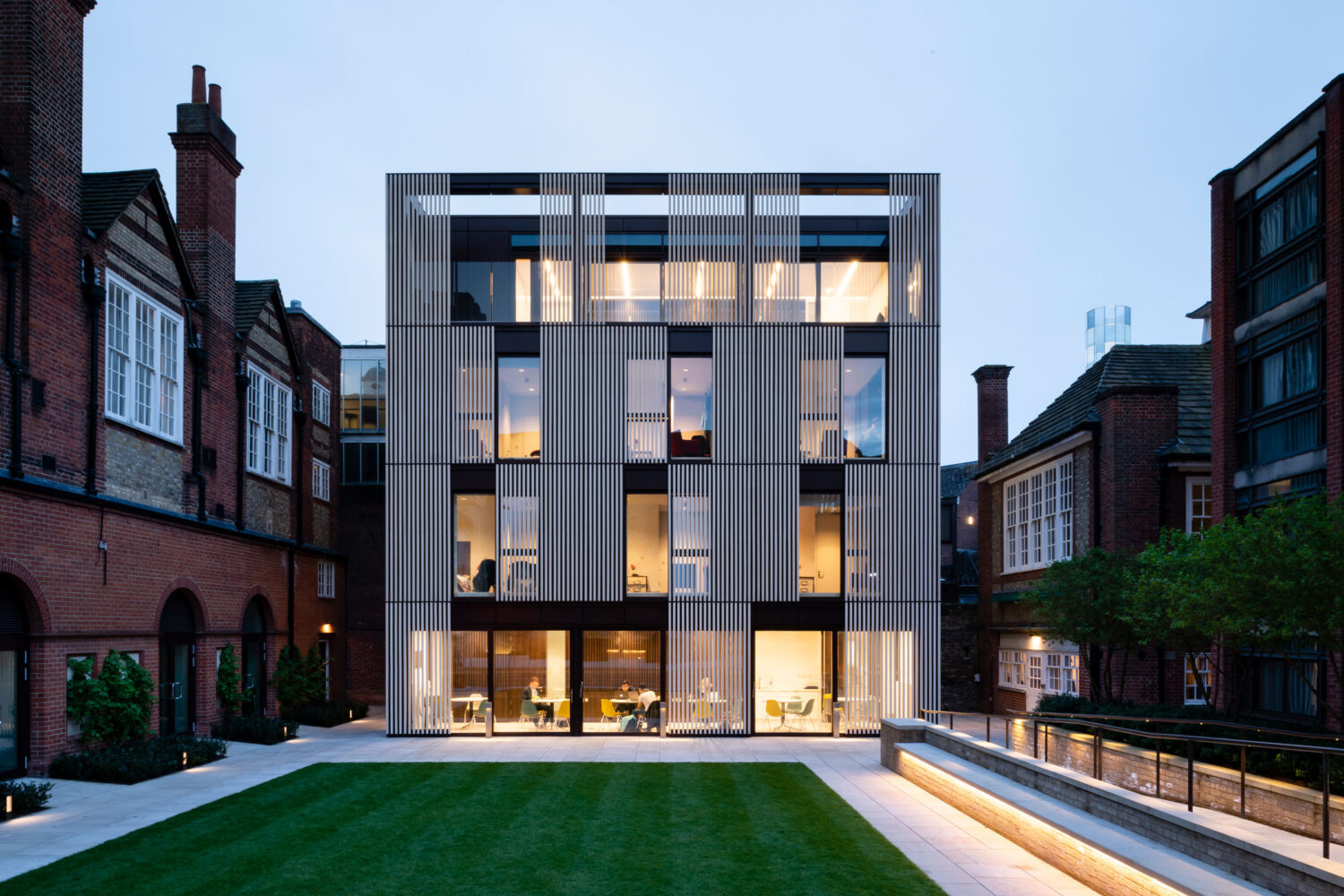 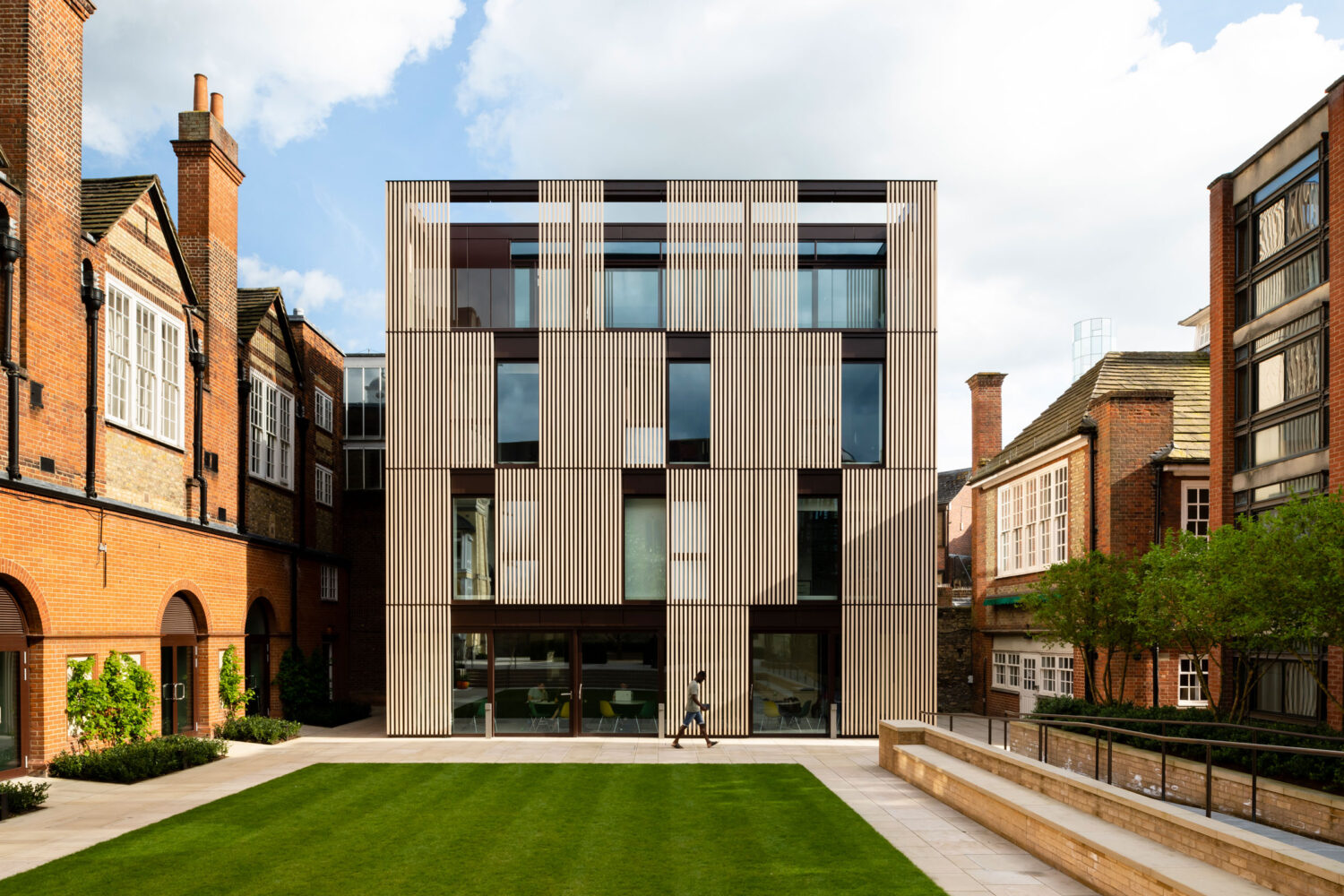 The Hubert Perrodo Building at St Peter’s College, University of Oxford was completed in May 2018, thus marking the completion of Phase 2 of the Perrodo Project. The building was officially opened by the Chancellor of the University of Oxford Lord Patten of Barnes along with St Peter’s Master, Mark Damazer CBE, and members of the Perrodo family, whose generous donation to the college, one of the largest in its history, has made the work possible. The works also included the refurbishment of the three existing seminar spaces in the listed Chavasse Building.

Beginning in August 2014, the Perrodo Project has resulted in a transformation of the College’s public and teaching spaces. As part of the wider project, this brand-new building – now officially known as the Hubert Perrodo Building – has a quiet study space on the ground floor, six en-suite bedrooms and a meeting room on the top floor with a roof terrace that offers superb views over the College and beyond. It is the first multi-level building to be built on the College’s main campus in twenty years. 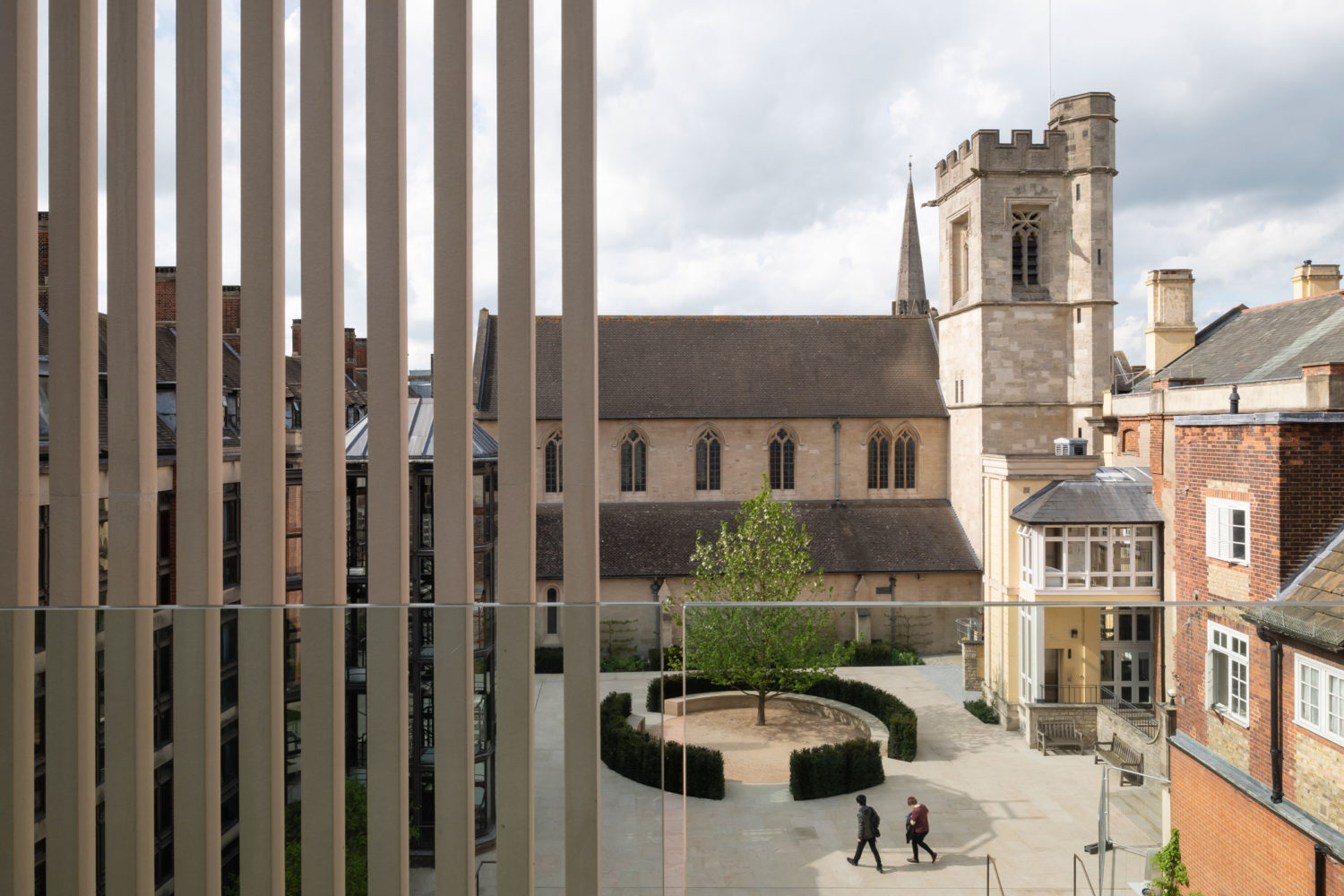 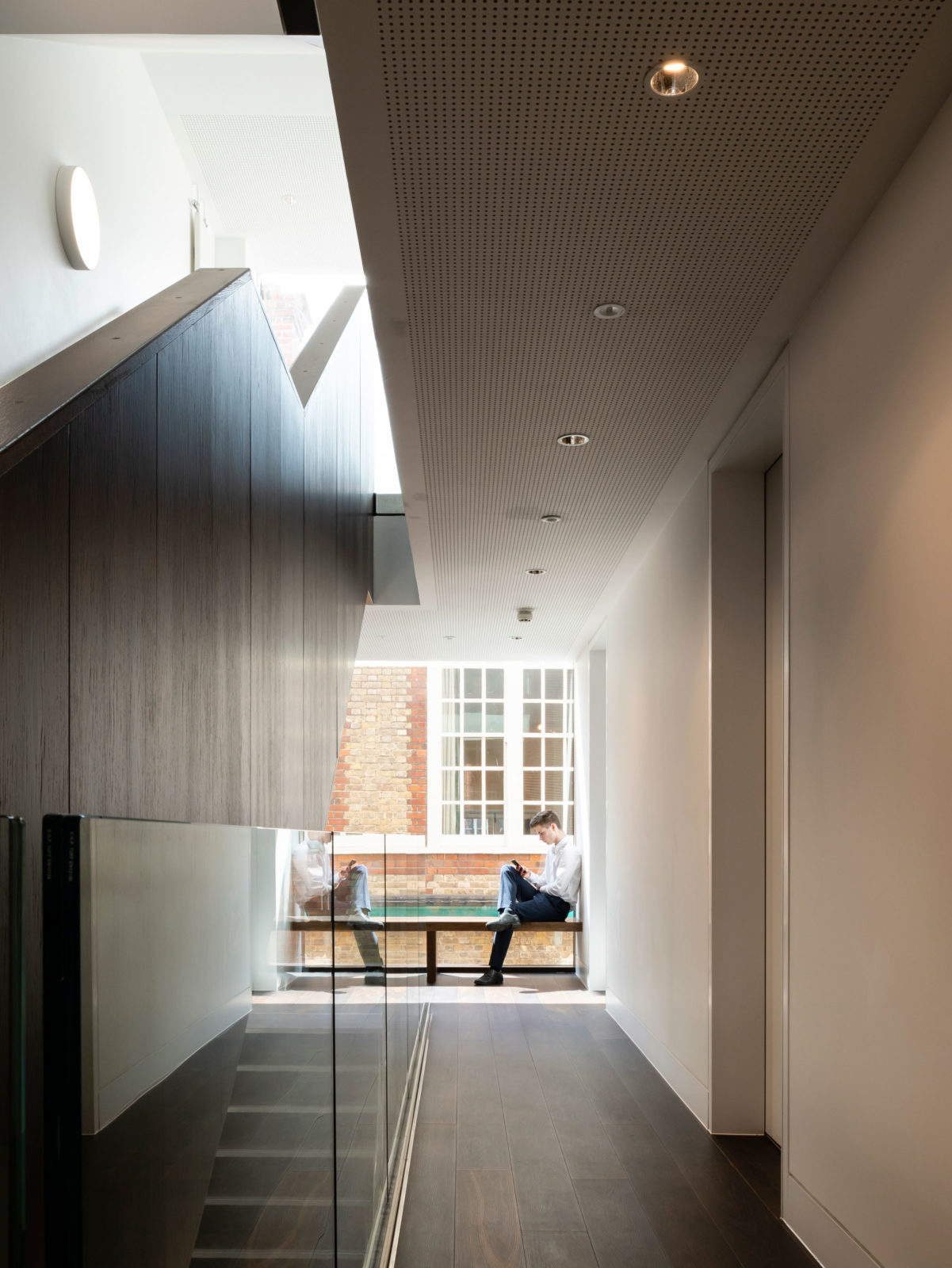 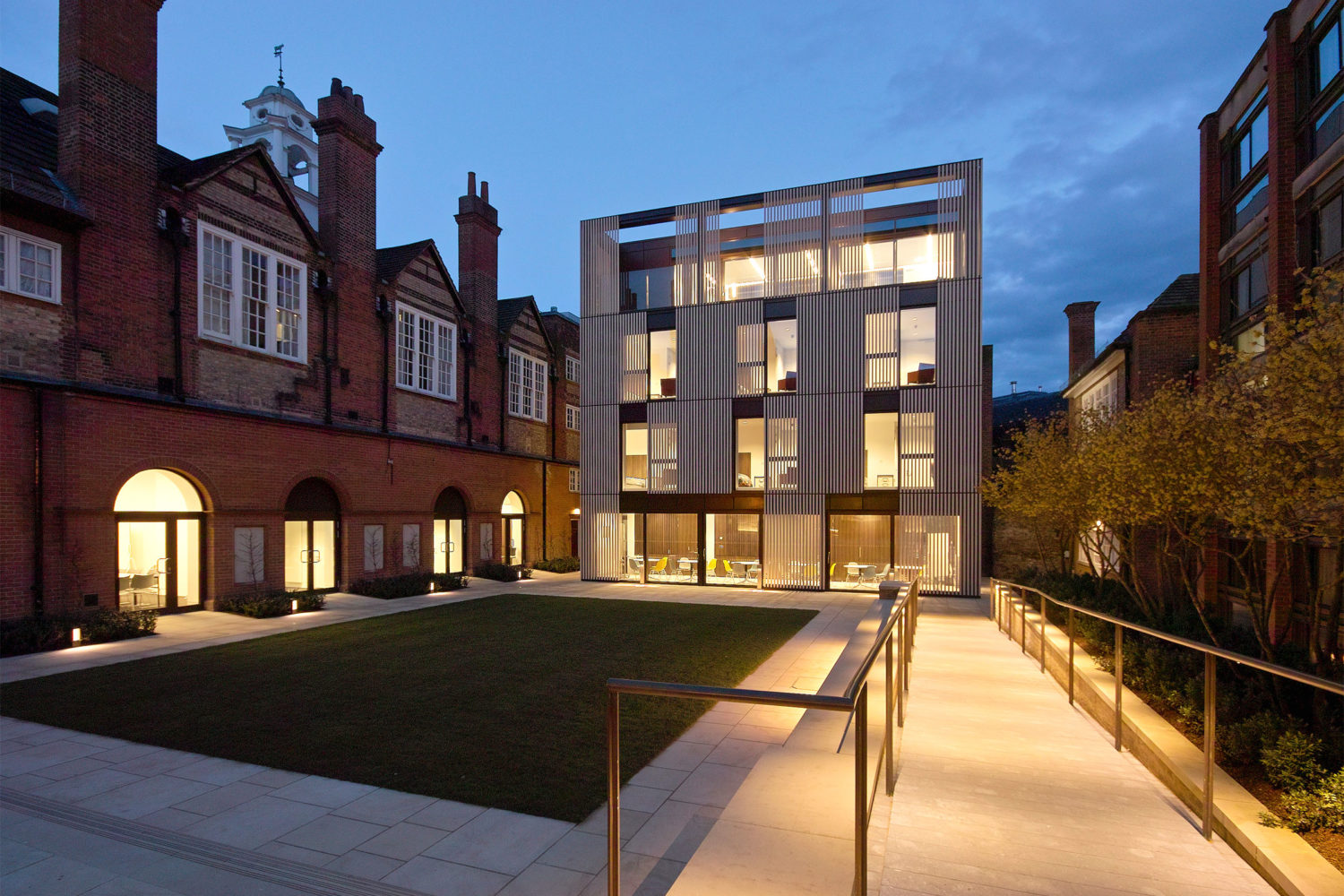 The overall aim was to improve the utility, capacity and aesthetics of the College by making the most of the existing buildings and introducing sensible changes, which were good value for money. There was a desire to improve the facilities for teaching and learning and for conferences and events. These improvements would also benefit the general life and wellbeing of the College throughout the year, such as for degree days and admissions. The aim is for flexibility, so that for example new rooms could be used as Fellows’ teaching rooms, student bedrooms or guest rooms.

The College was keen to maintain and improve the architectural and design integrity of what they have and to make sure that the new interventions have their own identity but also fit into the overall aesthetic vision and needs of the College. This aim was achieved with the integration of buildings and open spaces through the new landscaping. The landscaping works to Hannington and Chavasse Quads site alongside the earlier phase 1 works to Linton Quad creating a harmonious relationship between building and landscape.

Chavasse Quad was dominated by a tortuous ramp system as a result of a significant level change between the Quads. The existing ramped access is re-orientated to improve the relationship between the two Quads. The steps and seating along the ramp provide sunny spots to sit while maintaining privacy to the ground floor of New Building.

The new building is a three-storey pavilion with a set-back fourth storey. The height reflects the surrounding buildings: both the New Building and the Chavasse Building that define the Chavasse Quad. The arrangement of functions is intended to replicate those of Chavasse with communal spaces on the ground floor opening onto the re-landscaped quad with private study rooms above.

This division in the use of spaces on different floors could present an incoherent façade but the applied ‘veil‘ or screen helps unify it and give coherence to the different levels and uses. An open filligree of square section ceramic rods constitute the primary facade and make reference to the stone tracery evident in a number of existing buildings on site. The ceramic has a natural finish chosen to match the texture and tone of the stone. The ceramic is layered in front of a bronze-coloured metal cladding which has been chosen to match the colour of the existing brick buildings. 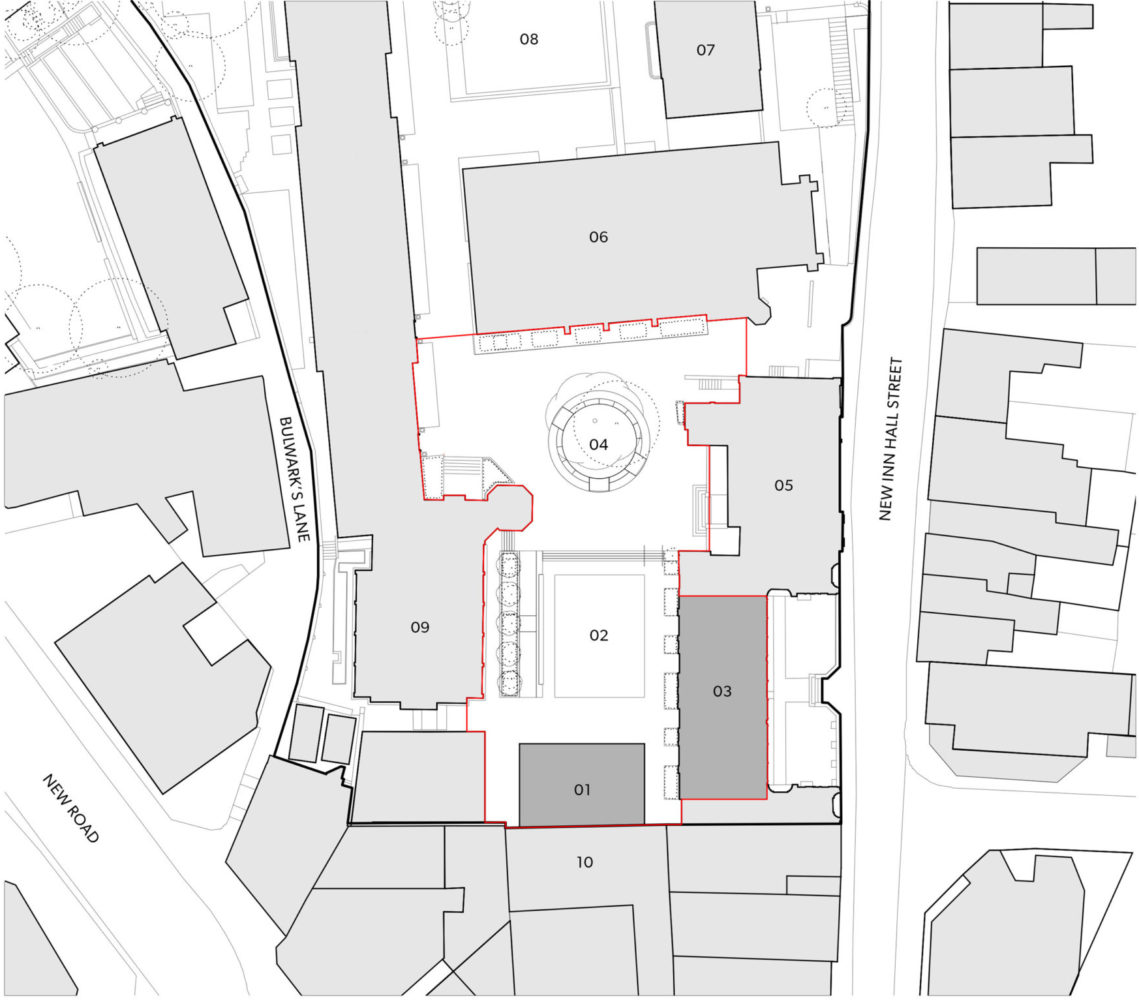 Unifying the complexity of the brief within this historic but tight site was an exciting challenge. Working closely with the local planning authorities we were able to satisfy the planning demands of this beautiful city while maximizing the potential of the site. As the completion of the final elevation to the re-landscaped quad, the new building needed a presence of its own while respecting its (listed) neighbours. We hope we have designed a building which is contemporary in nature but achieves the same richness of façade evident in the surrounding quad, which will continue the tradition of quality architecture within St Peter’s College. Richard James, Project Architect Design Engine Architects 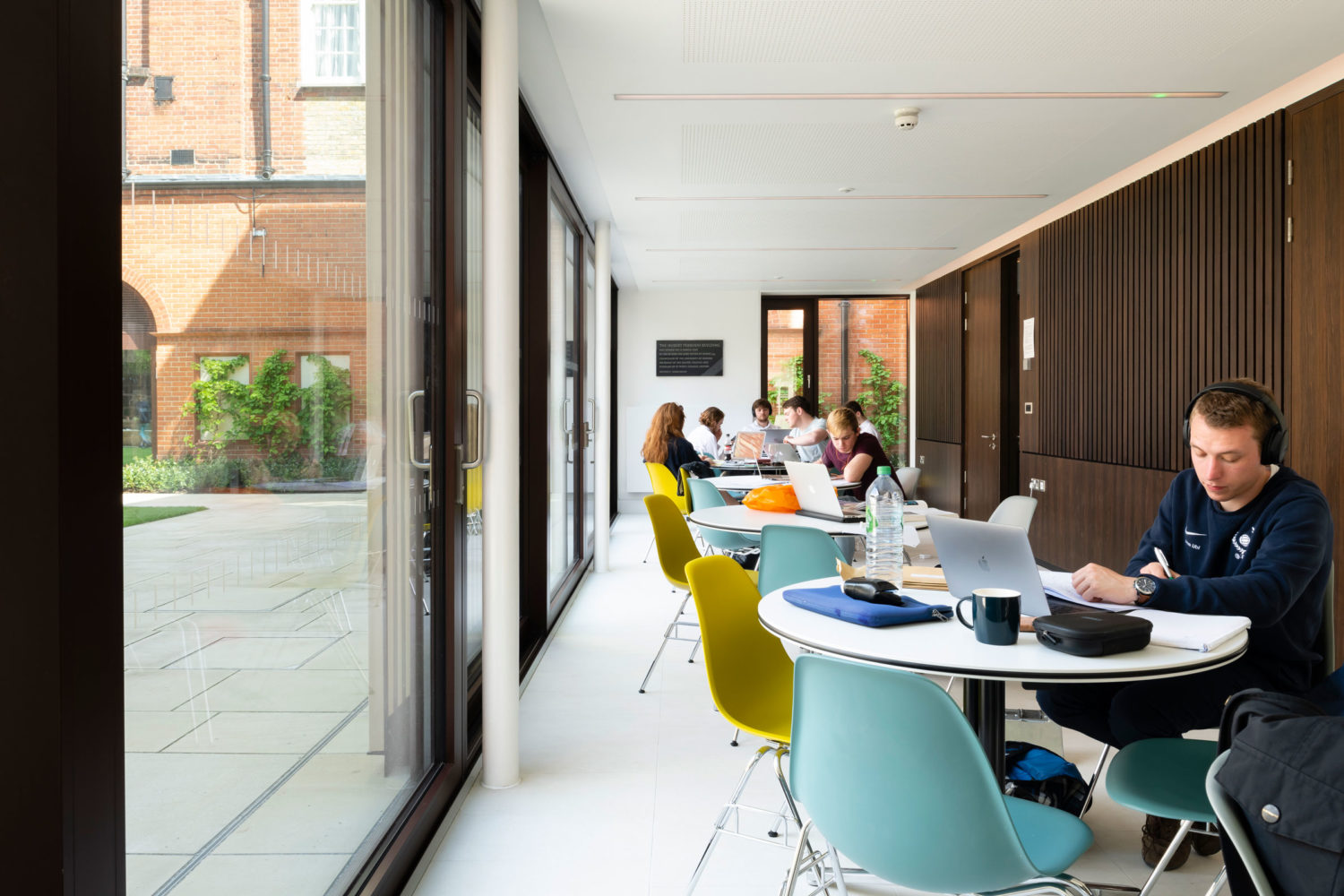 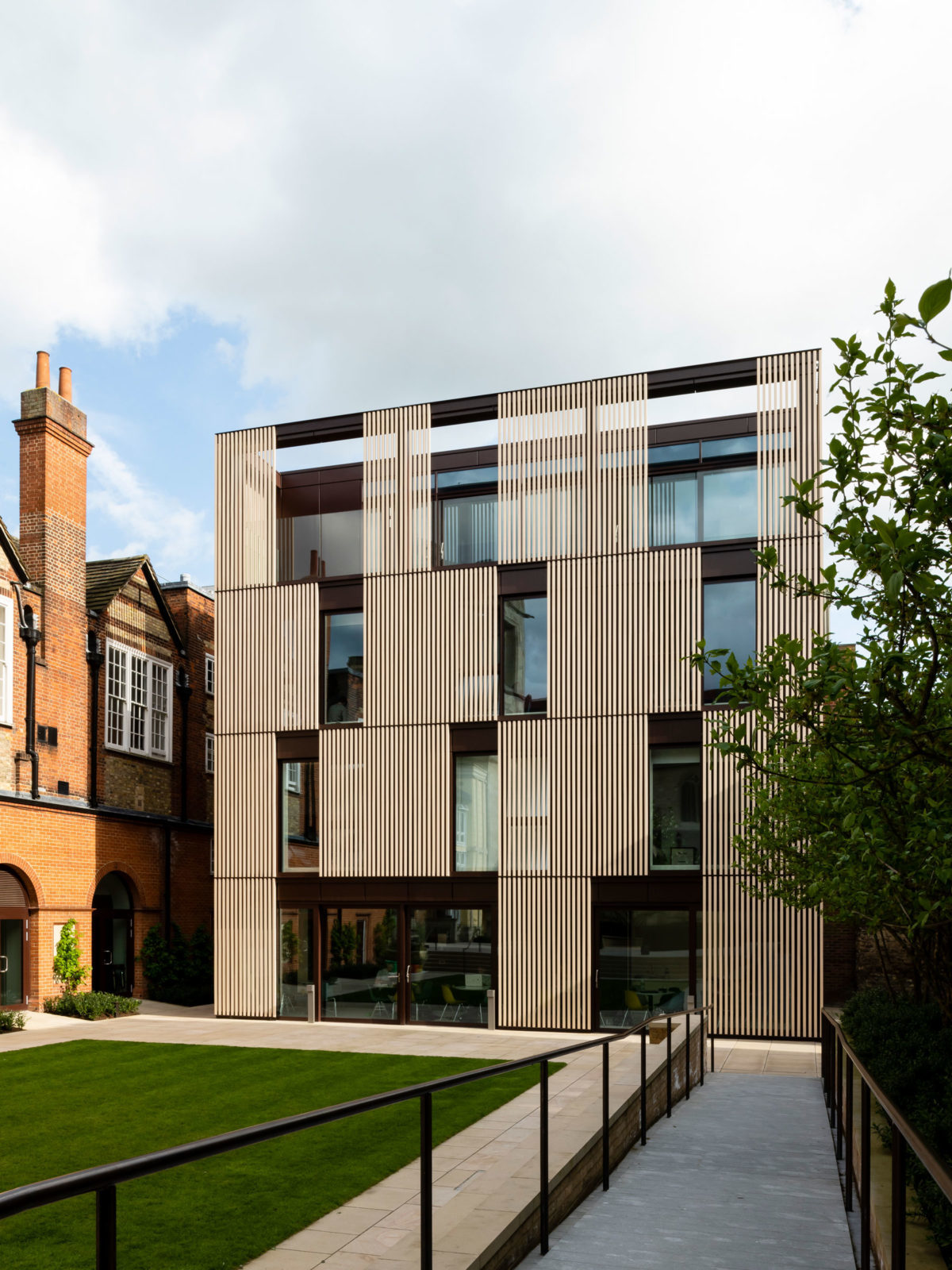 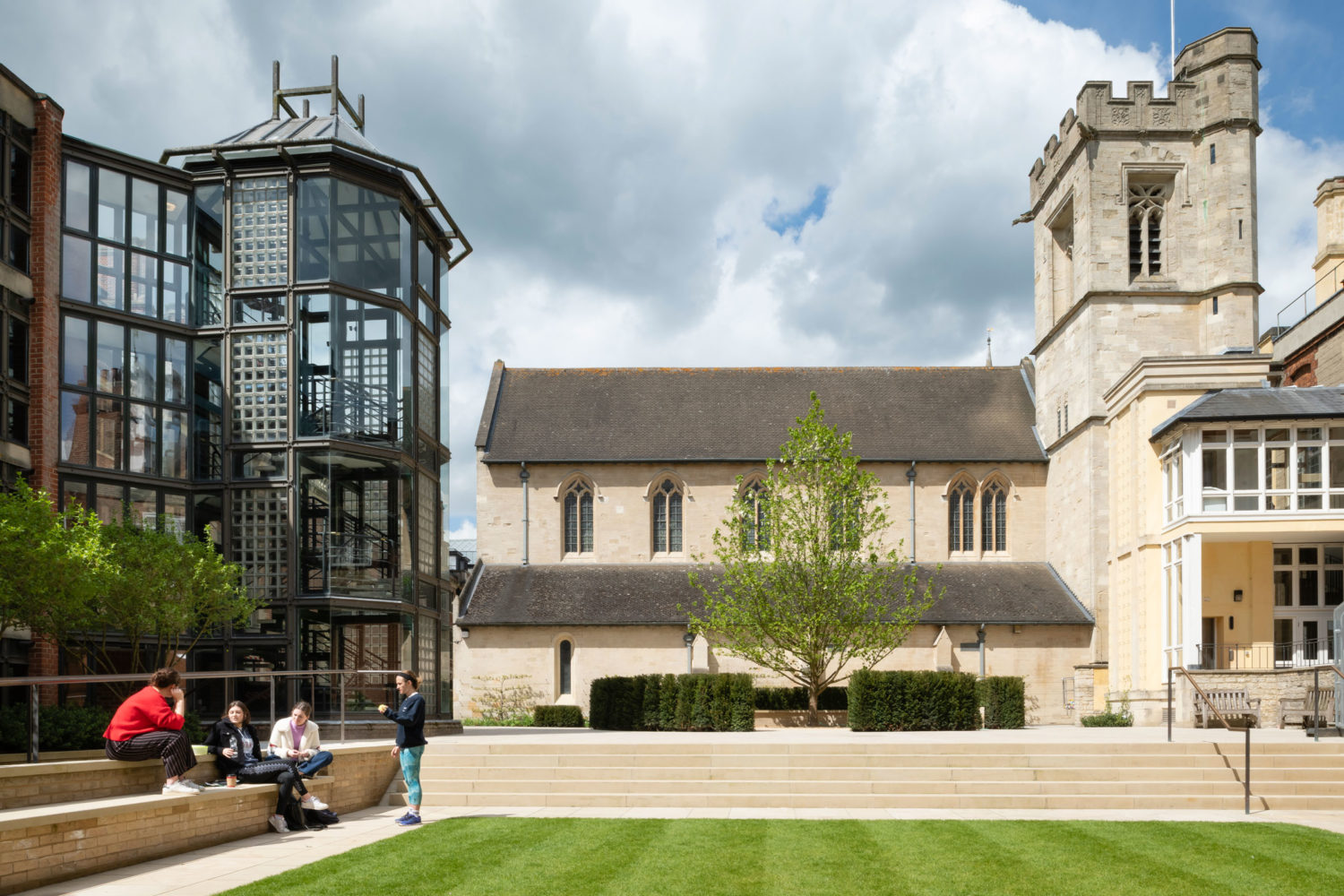 No related posts were found, so here's a consolation prize: Charterhouse Science & Mathematics Centre in the running for world’s best education building.