Over the last twelve months St Peter’s College has made strategic property acquisitions to secure the future expansion and growth of the College including the recent freehold acquisition of Castle Hill House on New Road which was formally the Conservative Club. The College is now looking to redevelop the Castle Hill House site to provide student accommodation, in particular for its second year students.

Design Engine’s relationship with St Peter’s College began in 2014 with the competition and subsequent commission for Phase 2 of the Perrodo Project, which was made possible by a donation from the Perrodo family and had the aim to make St Peter’s College a better place to study, teach and live by improving the public spaces on the main College site.

In May 2018, the Hubert Perrodo Building won a Royal Institute of British Architects (RIBA) Award.

We are very pleased to appoint Design Engine as architects for the Castle Hill House project after the competition for which we had four very good submissions. Castle Hill House will improve our provision of student accommodation, and is in an important location for the college and the City, and is a strategically important project for the college. James Graham, Bursar, St Peter’s College, Oxford 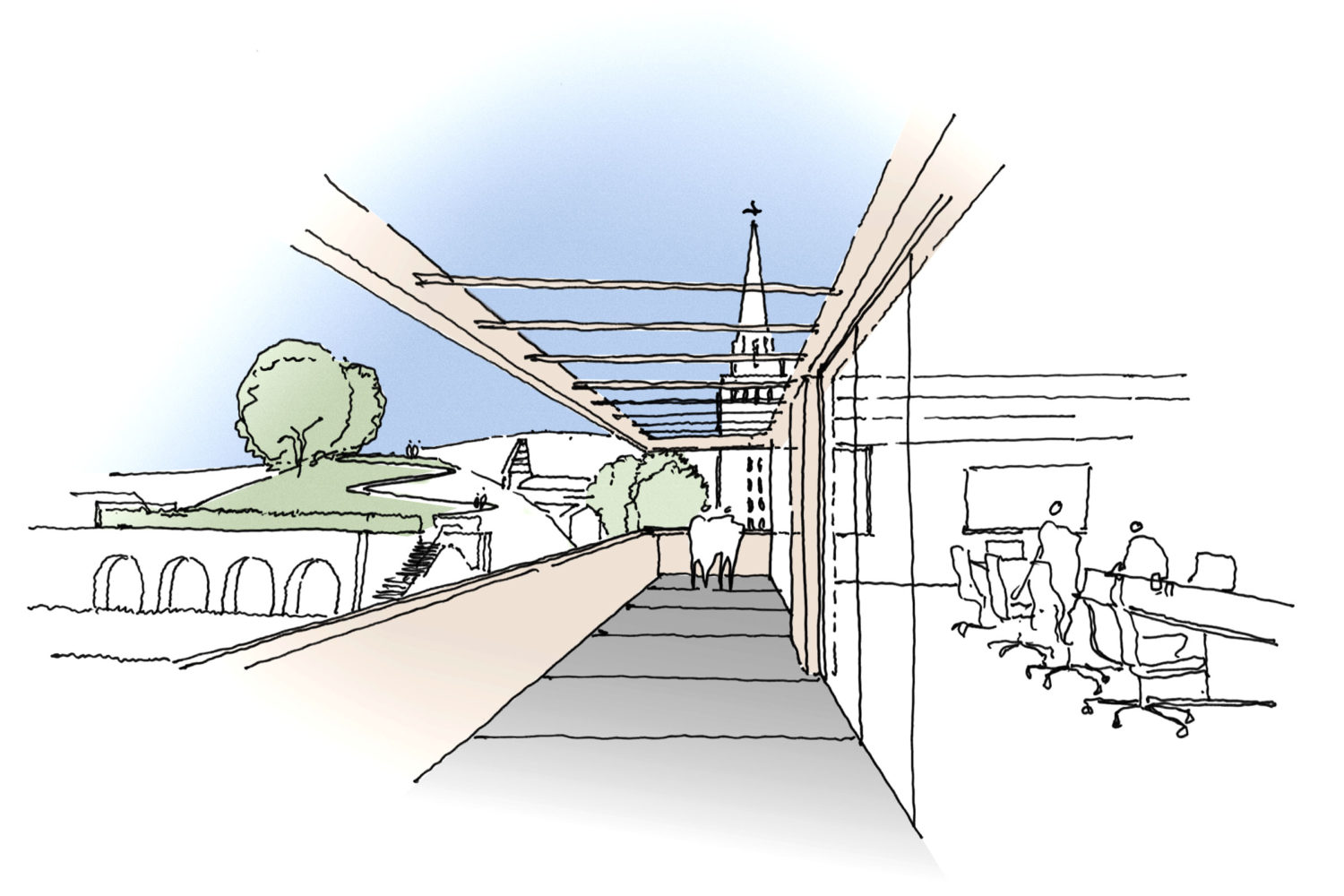 We are absolutely delighted to be able to continue our working relationship with the College after the completion of the Hubert Perrodo Building, which is proving such a success with students and staff. Observing the new building and its new quads being used so imaginatively is very rewarding to us as architects. Castle Hill House represents a distinctly different challenge, being part of the historic city fabric and set apart from the main campus by a narrow public lane. Our scheme is designed carefully around listed neighbours and across the numerous level changes, and will provide a rich mix of communal areas, social spaces and study bedrooms. Richard Rose-Casemore, Founding Director, Design Engine